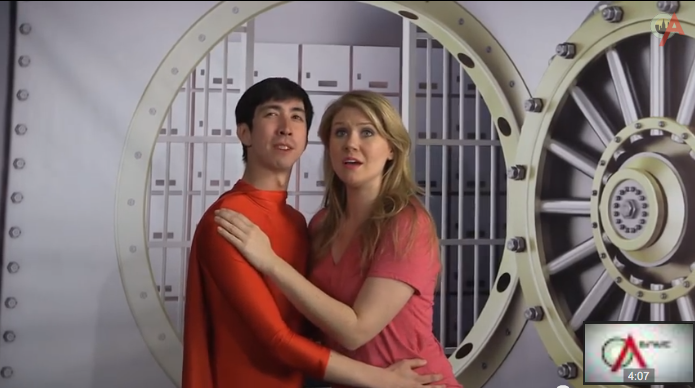 One Take Movies: An antidote to the summer blockbuster

Although the new Above Average series is only 3 episodes long, it took about a month to create each one, creators tell StreamDaily.

If you thought Seth MacFarlane’s new cinematic masterpiece A Million Ways To Die In The West was about too long, then there’s a new alternative on the Above Average Channel: One Take Movies.

Clocking in at an average of 3-to-4 minutes each, this new web series (produced by Lorne Michaels’ shingle Above Average, co-created by Vine personality Avery Monsen and fellow sketch comedian Jon Bershad, and directed by Ryan Hunter) lampoons the idea of a summer blockbuster epic.

“It took us a month to make each one. A month of building tear-away costumes, sets, angling all the actors and crew members, and each episode was shot over 12 hours.”

Monsen, 29, says the idea arose following a meeting at Above Average’s NYC headquarters.

“They wanted me to make video content on Vine for them,” says Monsen, whose Vines on “special effects done live” had piqued Above Average’s interest.

“I didn’t take the job, but I pitched them a series, because Jon, Ryan and I are all part of a sketch comedy team at the Upright Citizens Brigade Theatre in New York. Jon and I cemented the idea, we wrote it, and they liked it.”

Awarded a budget that Bershad, 27, describes as somewhere between “$100 and Amazing Spiderman 2,” the trio rented out a space in Brooklyn, called the Muse, that’s usually reserved for practising circus acrobats and spent 3 days filming the 3-episode season.

Monsen said each of the movies (the first, Hero, premiered on the Above Average YouTube Channel yesterday and the other two are set to debut today and tomorrow) took a month of prep.

“I’ll tell you, after the amount of work we put into these, our plan is just to take a nap,” he laughs. “It took us a month to make each one. A month of building tear-away costumes, sets, angling all the actors and crew members, and each episode was shot over 12 hours.”

At the moment, there are no plans to make any others, unless public demand dictates it.

And as for box office potential? One Take Movies rivalling X-Men: Days Of Future Past or Maleficient?

“I don’t think we’re putting them in the Disney vault any time soon,” jokes Bershad. “We’ll be up on the YouTube channel and I hope people find us to be a fun antidote to the lengthy movie blockbuster season. Something a little cheaper, a little shorter and a little more handmade.”