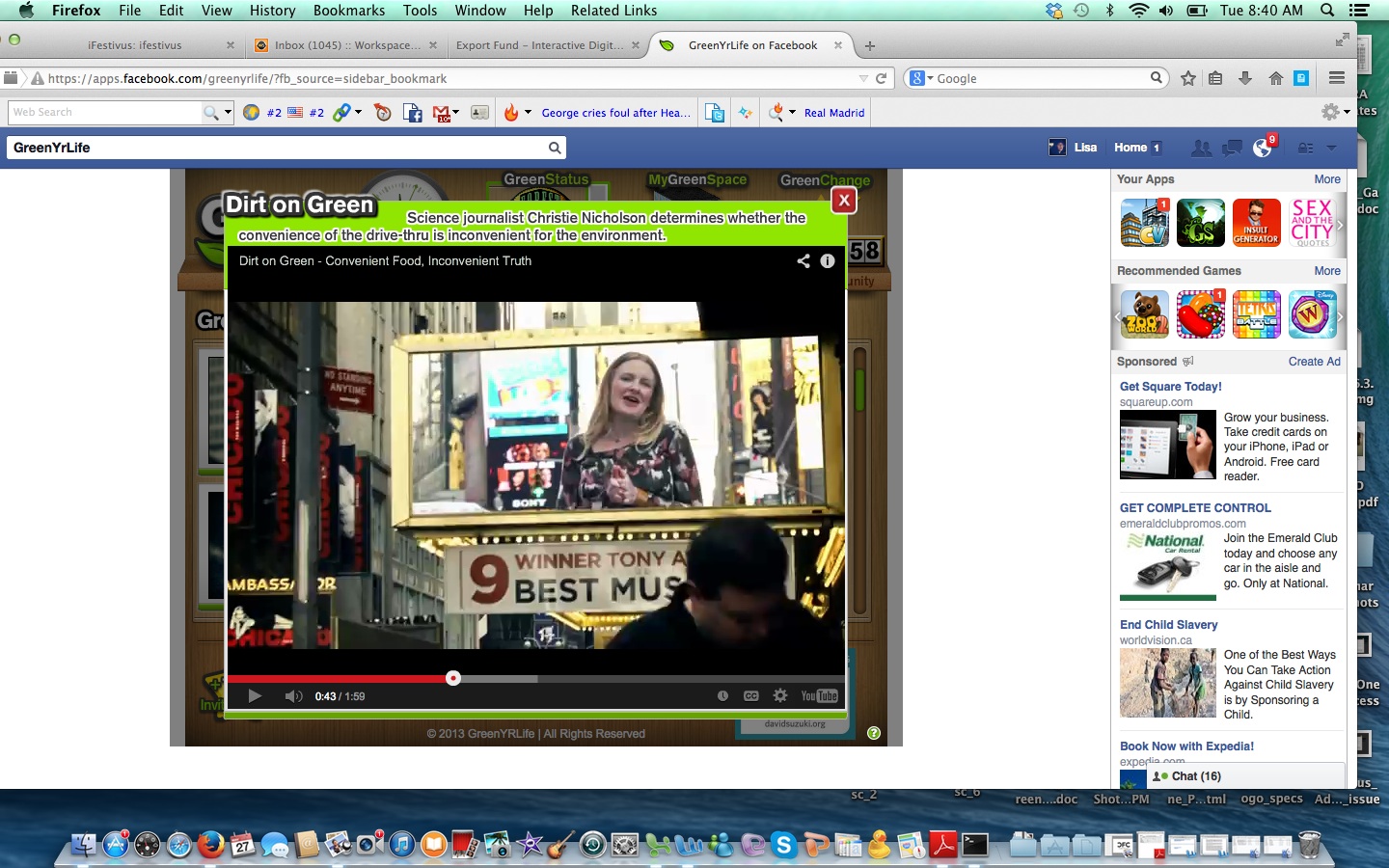 Sponsorship opportunities for GreenYrLife, an environmental Facebook game and video series, start at $5,000 and go up to $250,000.

Launching in partnership with the David Suzuki Foundation and environmental site Earth 911, GreenYrLife is for people who love the idea of installing solar panels, organic composts and energy-saving light bulbs; it’s like FarmVille but for the environmentally conscious, giving users a virtual home to play in.

GreenYrLife and the 3 accompanying video series will be monetized through advertising and an in-game transaction model. A portion of the proceeds (2%) will be donated to the David Suzuki Foundation.

Up for grabs are sponsorship opps that vary in value from $5,000, $10,000, and $25,000 all the way up to an exclusive $250,000 opportunity, explained Catherine Tait, chair and co-founder of iThentic. Brands can insert animated placements inside the virtual home, and they can also offer real-world discount coupons within the game. ‘Brought to you by’ sponsorships are also up for grabs on the video series, and advertisers can work with the producers on branded-content components.

The game, produced in association with the Canada Media Fund, will also have a micro-transaction model — players who buy “GreenChange” can advance within the game and upgrade their household items.

“We wanted to take the panic out of the climate change issue,” Tait told StreamDaily ahead of the Stream Market, a conference and marketplace for original, digital video entertainment, running through Tuesday. “We know that people love video online and we thought that by providing supplemental video which ‘presents the medicine’ in a fun, handy and digestible fashion, we would engage our players,” she said.

Earth911, a site that has more 6.6 million users, will help to promote the game to the target 18-34-year-old demo through editorial and banner ads. A PR campaign reaching out to Upworthy, Treehugger, and other bloggers is also underway.

“Our secondary target will be slightly younger, high school and college students. We are in discussions with educational online services to secure distribution to this market,” Tait said.

iThentic, a digital content producer and distributor, is headquartered in Toronto with offices in New York City and Los Angeles.

Launching a digital project at Stream Market? Let us know at press@streamdaily.tv