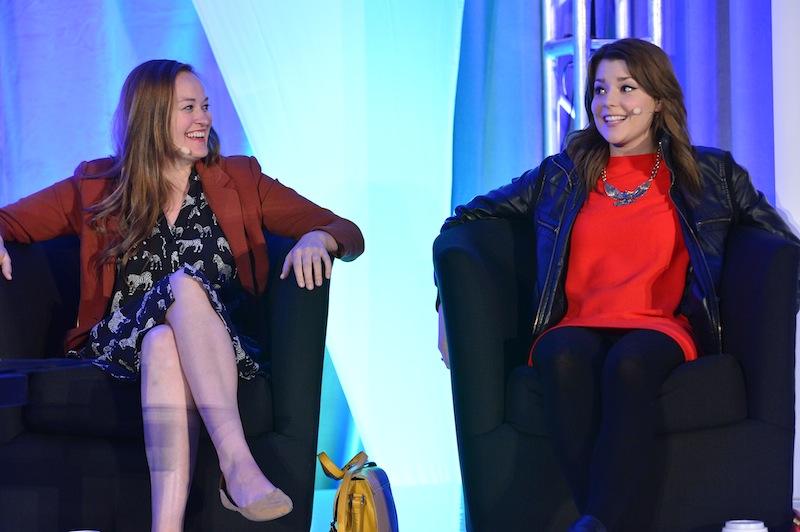 Helbig, Hart, on the importance of maintaining control

YouTube stars discuss the importance of creative freedom and IP ownership during their panel moderated by Bing Chen, former global creator development and management for YouTube.

One of the key takeaways from “When You Are the C-Suite: YouTube Creators” panel on Monday morning at Stream Market 2014 at Loews Santa Monica Beach Hotel is that YouTubers like to be control.

Helbig (pictured right), who left MyDamnChannel at the beginning of the year, recently signed with Fullscreen, which lets her have full ownership and control of her IP produced through her It’s Grace channel. Though she was producing content every day for MyDamnChannel, she realized she didn’t own any of it, and that’s one of the reasons she parted with the MCN.

Hart and Helbig worked together on a feature film released earlier this year called Camp Takota — and even though it was financed by an outside entity, producer Michael Goldfine and his RockStream Studios, Helbig and Hart were adamant they maintain creative control.

“Nobody is giving me notes,” Hart insisted. When it comes to collaborators, she said she’ll only work with people who let her maintain voice.

Chen asked Helbig and Hart if they worried about the feasibility of making the jump to features with Camp Takota – which had a successful digital release in February – given the fact that their fans were used to seeing them in small chunks of content.

“Because it was in our voice… and we enjoyed it ourselves, our audiences enjoyed it with us,” Helbig said, adding that film, which released earlier this year, broke even on their budget in 4 days.

Hart (pictured, left), hosts the popular YouTube show You Deserve a Drink, which has 529K subscribers. She spoke about authenticity — what it means and how important it is to maintaining a relationship with their fans. “We’re talking directly to the audience,” said “So if it’s B.S., we’re lying directly to them.”

That’s especially important to keep in mind once brands come into the picture, offering YouTube stars big money to hawk their wares.

“I know if I’m watching something and it feels very direct product placement, I don’t like it,” said Helbig.

Helbig pointed to St. Ives lotion as example of a company who gets it. They let Grace be Grace, and everybody won.

“They let me make the dumbest commercial imaginable – a lotion waterfall,” Helbig said. “But it sells the product.”

As for how much to charge for that content, “it’s always scalable, depending on how big the project is,” Helbig said.

And “YouTubers talk,” Hart pointed out, so you know what the going market rate is. 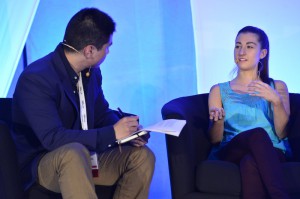 DeAngelis (pictured left with Chen) said the key to maintaining her authenticity is doing it all herself, and that goes way beyond the crafts she creates on camera. Others have suggested she let someone else handle the video editing, but “I can’t, because I’m super-controlling,” DeAngelis said.

Chen pointed out that Helbig, Hart and numerous other YouTube star are now working on books. Will digital audiences follow the viral stars as they go from medium to medium? Chen asked.

“I don’t know,” said Helbig, who told StreamDaily following the panel that she’s 95% done with her book. “I didn’t know I was going to be making a living off of YouTube.” But, she added, “I want to try to find out.”