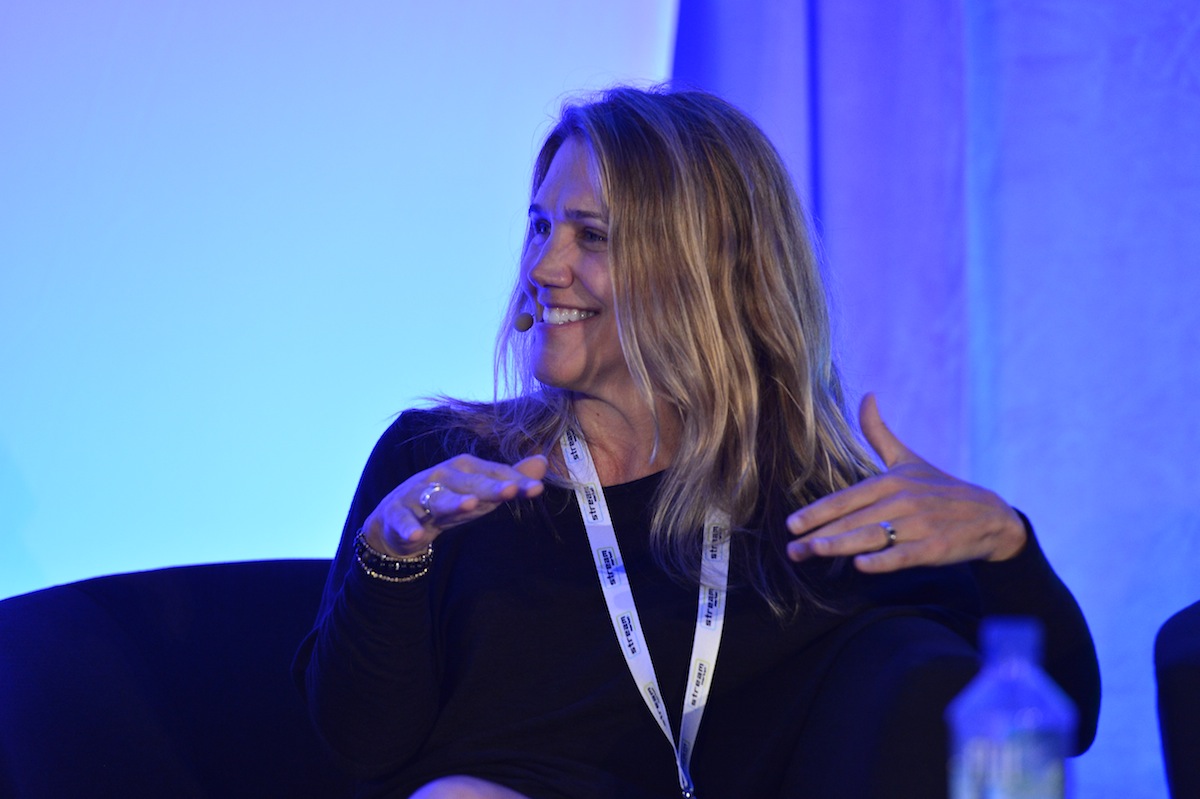 Following her talk at the Stream Market conference, Gilman shares details about the new venture called Tiny Riot through which she aims to make 80-100 hours of programming in the next year.

There’s a riot going on, albeit a tiny one.

Tiny Riot will develop and produce digital-first original content for its own channels and joint ventures such as the Munchies online food channel, a shared venture with Vice Media, and StyleHaul, Gilman told StreamDaily on Monday after her panel session at the Stream Market conference in California, during which she spoke about the importance of claimed reaching target millennial audeinces.

“We’re going to look at launching our own channels, like the Pet Collective, that we will own outright and control and distribute and create the content for,” she said.

While a team of about a dozen people working for her in L.A., Gilman aims to produce 80-100 hours of new content in Tiny Riot’s first year.

The focus is on non-fiction content within the fashion, pets, food and game show categories. FMNA’s TV properties, including Family Feud and the upcoming Celebrity Name Game, will see their own digital spinoffs, but Tiny Riot will focus on digital extensions on future projects.

“I’m not going to get involved with Idol at this point, but I am going to get involved in stuff that we’re going to be taking out to pitch in the future,” Gilman declares, “Because Idol, the rights are all tied up. So if there are shows that were about to go to market with, we will be doing — as I think one of the other panelists said — the full digital and social strategy in addition to pitching it as a TV show.”

Although FremantleMedia has been producing digital content for partner sites, the launch of their own digital studio underscores just how important digital programming is to the media company, and allows for a group that will be operating differently than the TV group, she said.

Shows will be promoted on social media and live on YouTube.

“I don’t look at (YouTube) as part of our strategy, I look at it as a backbone,” Gilman said during the Stream Market panel titled “Digital power plays: What’s Next for the Studios?” “The only thing I dislike about YouTube is the revenue share. Other than that it’s fantastic,” said Gilman.

FremantleMedia has been creating digital content for some time, the creation of a specific studio devoted to the space underscores the importance of online programming to the company, she said.

With files from Nick Krewen