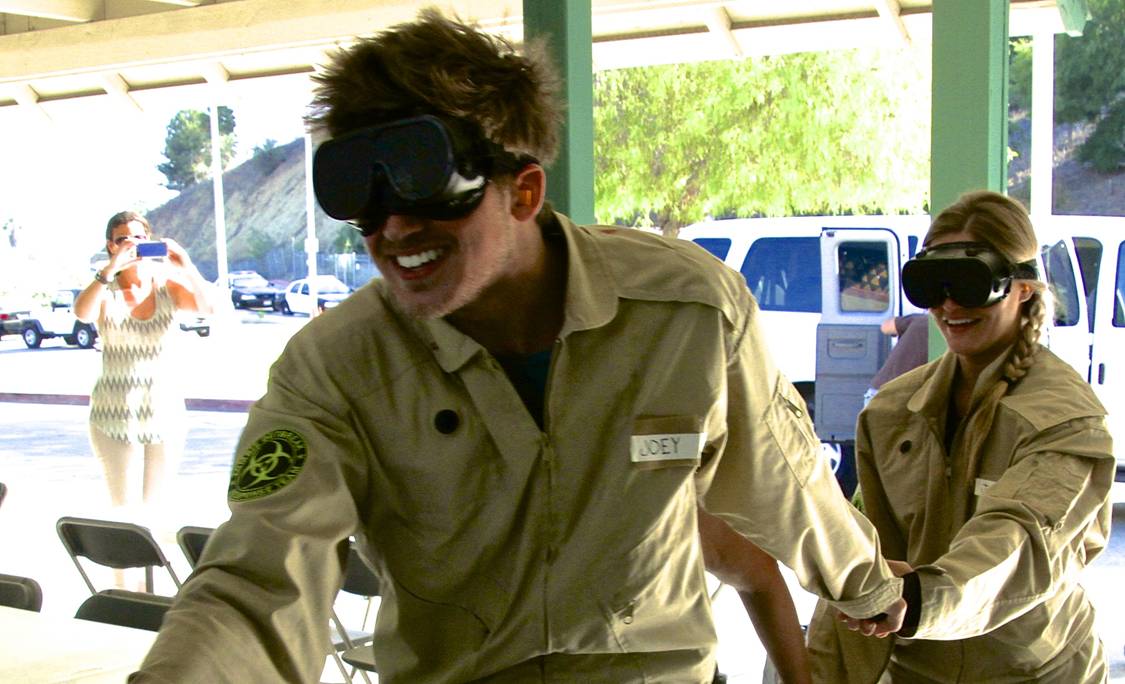 StreamDaily was on the scene as 9 top YouTubers fought their way through a simulated zombie apocalypse in a derelict L.A. jail on Saturday for Fight of the Living Dead.

Nine top YouTubers had to fight their way out of a derelict L.A. jail on Saturday, while under attack by hordes of undead.

No, the zombie apocalypse has not arrived: It was for the upcoming online reality competition series Fight of the Living Dead, produced by Ketchum Labs and Revolver Picture Company.

The group was blindfolded with blackout goggles at the Hollywood offices of Ketchum Labs and transported to the Sybil Brand Institute, an L.A. County jail for women, closed in 1997, that housed notorious inmates ranging from Manson Family member Susan Atkins to Whitewater scandal figure Susan McDougal. They knew they would be fighting zombies – really, some 200 extras transformed by makeup artist Tommy Pietch – but they had no idea what or where the location would be.

A crew of 80 captured the action with just as many cameras, including GoPros positioned throughout the jail and on each contestant’s body. Insert shots and video game-style cut scenes were shot on Sunday to flesh out the storyline, but once the siren sounded starting the simulated zombie apocalypse on Saturday, producers did not interrupt the game play until there was one YouTuber left standing, victorious.

The action on Saturday unfolded under the direction of Ketchum Labs’ Kevin Abrams, who’s executive producing along with Jamie Denenberg, Valenzuela and Aaron Lewis.

The producers plan to debut the project this fall, with the individual storylines appearing on each of the contestants’ YouTube channels, before switching over the BlackBloxTV for the collective climax. A package featuring the combined storylines will follow on DVD and digital platforms such as iTunes.

Budgeted at just under $500,000, Fight of the Living Dead is the result of a partnership between Ketchum Labs, a production company best known for the Diana Nyad documentary The Other Shore, and Tony E. Valenzuela’s BlackBoxTV, which specializes in genre shorts with Twilight Zone-style twist endings.