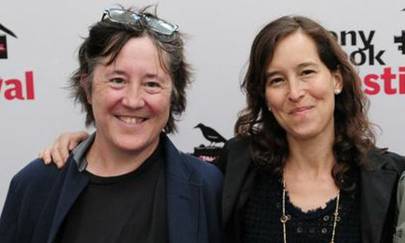 A Q&A with indie film vets Christine Vachon and Pam Koffler, who are staying on top of their game by merging with IP incubator Glass Elevator to form Killer Content.

When New York-based Killer Films announced last week that it was merging with IP incubator Glass Elevator to form Killer Content, a new company focusing on mainstream, multi-screen storytelling, it was a logical step for founders Christine Vachon and Pam Koffler (pictured).

Over the last 19 years, Killer Films has compiled an impressive track record with credits that include acclaimed films such as Boys Don’t Cry, Far From Heaven, Safe and Hedwig and the Angry Inch and the upcoming Still Alice, starring Julianne Moore, and Carol, directed by frequent collaborator Todd Haynes and starring Cate Blanchett, both due for release next year.

But with a glutted indie film marketplace, decreasing theatrical exhibition opportunities and plummeting DVD sales, Vachon and Koffler realized it was time to branch out, not just into television, as they did with the HBO mini-series Mildred Pierce (2011), but into the digital space, where one can find new ways to monetize content, while better controlling its distribution destiny.

Q: You’ve talked about the difficulty of securing development money in the studio and independent film worlds. I can only imagine how rare it is in the digital realm.

Vachon: I think times are not just changing, they’re morphing in all kinds of ways. There’s the traditional method of paying a lot of money up front for an option and/or throwing a lot of money at a script. When that kind of traditional money isn’t there, people become more entrepreneurial, and other creative methods rise up.

Q: Can you pinpoint a creative way you’re going to be developing projects with Killer Content?

Koffler: I’ve been getting interesting out-of-the-box ideas that I’m seeing how to exploit in new ways, because that’s what (Glass Elevator CEO) Adrienne [Becker] has really been steering us towards. She says, “Here’s a really cool idea. It may be a great web series, but it could also be this.” And, literally, within 12 hours of the announcement, two emails came to me with content ideas that aren’t features, aren’t shorts, aren’t series, but when I now think of them in this new context, I realize that this is something we can grow and develop into something interesting and potentially profitable. I think it’s really organic. We’re thinking in new ways, and the ideas and the creators will come. Of course, we’re also going to go find them.

Q: Independent filmmakers used to be able finance large portions of their films through DVD pre-sales. Do VOD pre-sales exist as financing tool for producers?

Koffler: We have not seen that. Maybe it is happening, but it hasn’t been a piece of the puzzle for our last few films, where the financing really was put together from a variety of sources.

Q: Are you going to be looking for sponsorships and brand integrations with Killer Content, or do you have too much indie cred for that?

Vachon: We’re totally looking for it.

Koffler: At the end of the day, some of those branded content films are really artistic. It gives directors really interesting tools to tell a little story, so why wouldn’t we?

Q: In a recent interview, Griffin Dunne – who, in addition to acting in films like Martin Scorsese’s After Hours, produced seminal indie films such as Chilly Scenes of Winter with Amy Robinson – said, “VOD has had a taint on movies and now it has possibility.” How does that statement speak to you as independent filmmakers?

Vachon: A few years ago, television had a taint. Actors didn’t want to do TV, and now they’re racing there because it’s where the really interesting stories are happening. And the same thing is going to happen as great content gets made for each platform. It’s going to change people’s minds about what’s possible to do.

Q: How does producing for a multi-platform environment change your process, artistically and/or logistically?

Vachon: I think it’s inevitable that the way we consume media has an effect on the media consumed, and that there is a lot of difference between watching something on your iPhone and watching it in a movie theater. But the other day Pam and I were talking to (former Focus Pictures CEO and Good Machine co-founder) James Schamus, and he said it’s about great storytelling, and that works no matter what platform it’s on. There’s a lot of truth to that.