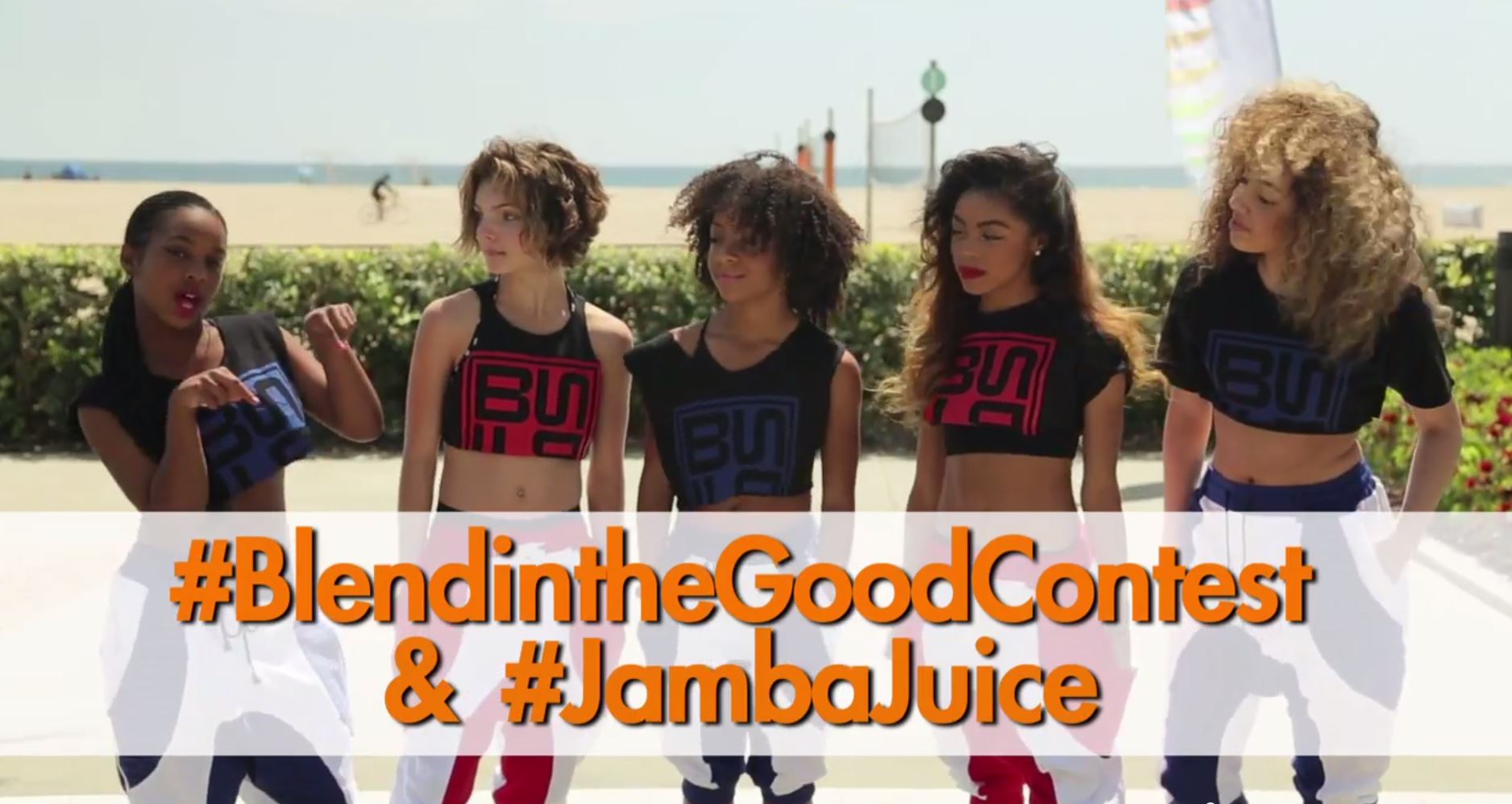 DanceOn to blend Jamba Juice into The Edge

The dance-focused YouTube network co-founded by Madonna has launched a summer contest in partnership with the brand, arranged by a PR agency.

DanceOn network has partnered with Jamba Juice for their “Blend in the Good Dance Video Contest,” running through Aug. 31.

As part of the partnership, the Jamba Juice brand will be featured in an upcoming episode of DanceOn’s celebrity docu-series, The Edge, which in the past has featured guest appearances by Justin Bieber, David Guetta and DanceOn co-founder Madonna.

The online contest is calling on people to submit videos showing how they “blend in the good” in their own lives through dance. Prizes include several trips to premiere dance events and the winning video will be promoted across the DanceOn and Jamba Juice networks. Finn Partners Public Relations helped arrange the millennial-focused campaign.

Brian Friedman and the 8 Flavahz Crew opened the contest on Thursday with its first official video on YouTube, “Blend in the Good.”

DanceOn’s YouTube channel has more than 340,000 subscribers. Next month, it is scheduled to premiere the new documentary series Dance School Diaries, following 4 teens and their families as they participate in the world’s largest and most prestigious ballet competition, Youth America Grand Prix.

Screengrab from “Blend in the Good” video.