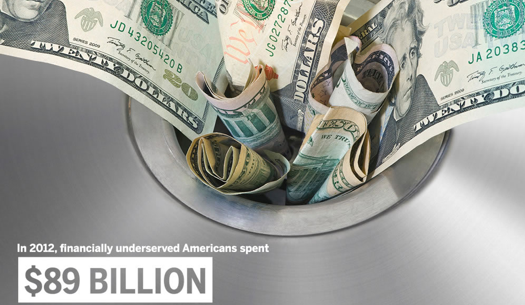 AmEx sponsors doc about people who have trouble paying bills

Executive produced by Davis Guggenheim and narrated by Tyler Perry, the documentary will stream on The Young Turks' YouTube and Hulu channels.

American Express is sponsoring a documentary that will debut on the The Young Turks’ YouTube and Hulu channels next week.

Spent: Looking for Change follows 4 families in the U.S. who are struggling to pay their bills and have turned to alternative (and often sketchy) lending services. Executive produced by Davis Guggenheim (An Inconvenient Truth, Training Day)) and directed by Derek Doneen (The Dream is Now), the film will premiere June 4.

In a statement, the credit card company says the aim is to raise awareness about financial exclusion.

The documentary is narrated by actor/director/screenwriter Tyler Perry (House of Payne, For Better or Worse) who himself was born and raised in poverty and felt compelled to participate in the film.

Spent will also be posted on the American Express’ YouTube channel and at SpentMovie.com, while a premiere event will be held at the Hammer Museum in Los Angeles.

Earlier this week it was announced that Morgan Spurlock’s Cinelan will also debut a series of economy-themed shorts with Vulcan Productions.