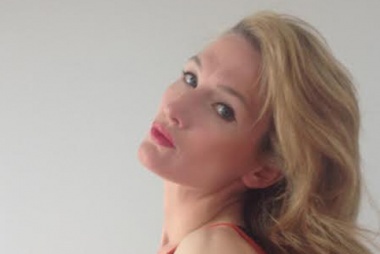 The Corus Entertainment channel in Canada is debuting a transmedia reality show, produced by Tony Wood (Coronation Street), that can be influenced by viewer feedback.

Canada’s W Network is hoping to tell a story that engages its viewers on a new level with its first foray into original web programming: the interactive reality series #RippleEffect.

The series comes from producer Tony Wood, known for his work on British soap operas Coronation Street and Hollyoaks, as well as reality shows Geordie Shore and The Only Way Is Essex.

#RippleEffect is centered around  3 women — pre-med student Nina Nogrekar, ice skater Chantal Fry and writer Vicki Hogarth (pictured), as they pursue their goals in Toronto while navigating the hurdles of family, love and moving on from their past.

What’s unique about the show is that viewers will be sending their feedback and advice to the women on social media as the show is being filmed, potentially altering the course of the plot.

“Not only can you tweet about this show if (for example) you think he’s a terrible boyfriend or what you think she should really tell her sister, we’ll also have the principals participating on those platforms and interacting with the audience,” said John MacDonald, VP, head of women’s and family networks at Corus Entertainment. “As we turn around the next episode a few days later, we can see whether any of those social interactions have influenced what their course of action should be.”

The episodes will run anywhere between 15 to 20 minutes, and the production team said it will take full advantage of the freedom working online offers. MacDonald said the length of an episode can depend entirely on the story they are trying to tell, adding that working with Wood gives them the luxury of having someone used to delivering compelling drama under a tight deadline.

The first episode of #RippleEffect goes live on June 4 at 8 p.m. on Wnetwork.com/RippleEffect, followed by a post-show online chat. The second episode will be available on June 9 at 8 p.m.

There aren’t sponsors on the first 2 episodes of the show due to the tight turnaround time, according to a Corus representative. If the show is picked up beyond the first couple of episodes then sponsorship opportunities will be added. The first two episodes of the show were funded in part by the Bell Fund’s TV Development Digital Pilot Fund.

This launch is the latest foray into online original programming from a Canadian network since CTV launched online platform CTV Extend last month.