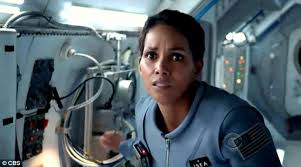 Extant, starring Halle Berry and produced by Steven Spielberg's Amblin Television, will premiere on Amazon Prime Instant Video one day after it airs on CBS in the U.S.

Amazon announced on Wednesday that CBS Studios International’s 13-episode sci-fi thriller series Extant will premiere exclusively on Amazon Prime Instant Video in the U.K. on July 10, one day after it premieres on CBS in the U.S.

New episodes will be available for streaming on Amazon Prime Instant Video in the U.K. each week, one day after its U.S. broadcast.