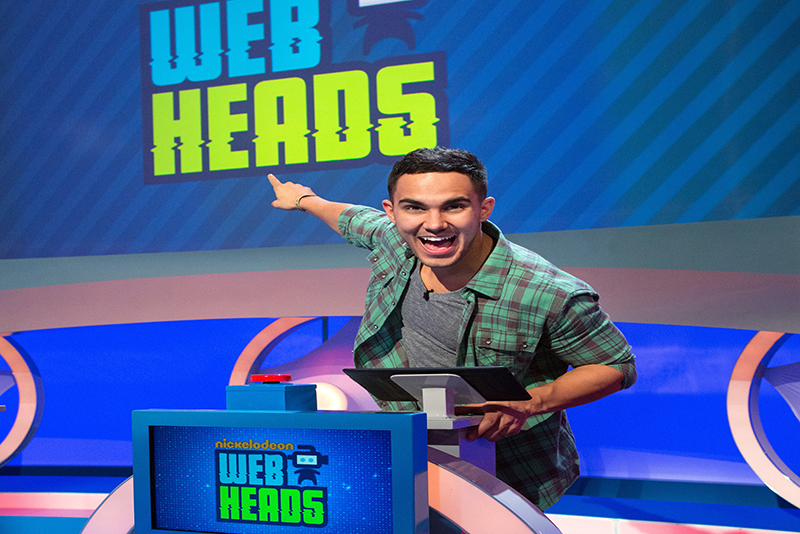 The influence of viral videos on today's kids will be in full display as Nickelodeon is set to premiere its newest game show WebHeads from Ryan Seacrest Productions.

The influence of viral videos on today’s kids will be on full display as Nickelodeon U.S. gets set to premiere its newest game show WebHeads on Monday, June 2.

In each round, some of the internet’s most watched viral videos will be featured as contestants must predict their outcomes and guess their popularity before their instincts are voted on by the studio audience.

WebHeads is also being supported online, via the Nick App and across mobile web. Cross-platform features include mini-games (U-Tubed, Log On/Log off and Moment of Impact), sneak peeks, full episodes, and a special series of Carlos Cam short-form videos.

From June 3, the series will be available for download via iTunes, Amazon, Xbox, Sony, Vudu, Nook and Fios Flex View.