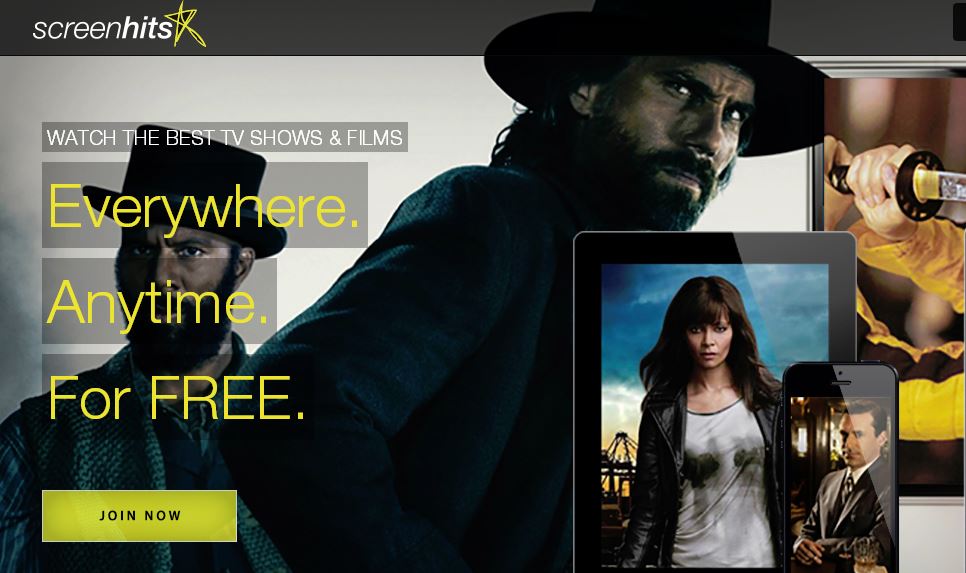 Every 6 months, 50 failed pilots from around the world will be available for on-demand viewing, with the potential to have brands fund additional episodes.

London-based startup ScreenHits announced last week that it is launching an OTT consumer platform on July 1, featuring a curated selection of TV shows and films from around the world, as well as broken (i.e. failed) series pilots.

Programming on ScreenHits.tv will range from Mad Men and Kill Bill to Totally Amp’d and State of Syn. Viewers can rent the titles on demand or stream them for free with ads. There will also be a Star Membership costing 99 cents per month, entitling customers to discounts and prizes.

“Let’s not forget how many networks passed on Sex and the City or Downton Abbey. The pilot showcase takes the risk out of creating shows, as it will be the demand of the viewer that in the end gets the show made.”

Every 6 months, the ScreenHits Pilot Showcase will make 50 broken pilots from around the world available for on-demand viewing. The pilots will still have the talent attached, so if ScreenHits’ advertising brand partners feel the response from consumers and broadcasters is sufficient, they can choose to finance additional episodes of the series. The first 50 pilots will be announced in June.

“A studio can only produce so many shows a year due to budgets, time slots, etc.,” says Rose Adkins, CEO of ScreenHits. “It doesn’t mean the pilot wasn’t any good. In fact, if some pilots were made, they may have proven extremely successful.  Let’s not forget how many networks passed on Sex and the City or Downton Abbey. The pilot showcase takes the risk out of creating shows, as it will be the demand of the viewer that in the end gets the show made.”

Until now, ScreenHits has operated as a professional marketplace for sellers and distributors, with a selection of shows ranging from The Walking Dead to David Attenborough’s documentary Galapagos.

“Our site does not replace the distributor or seller, only enhances and continues to promote available programming to buyers at the point of ‘interest to purchase,'” Adkins says. “All shows on our site are followed up for purchase with the seller directly. We are not a click and buy site.”