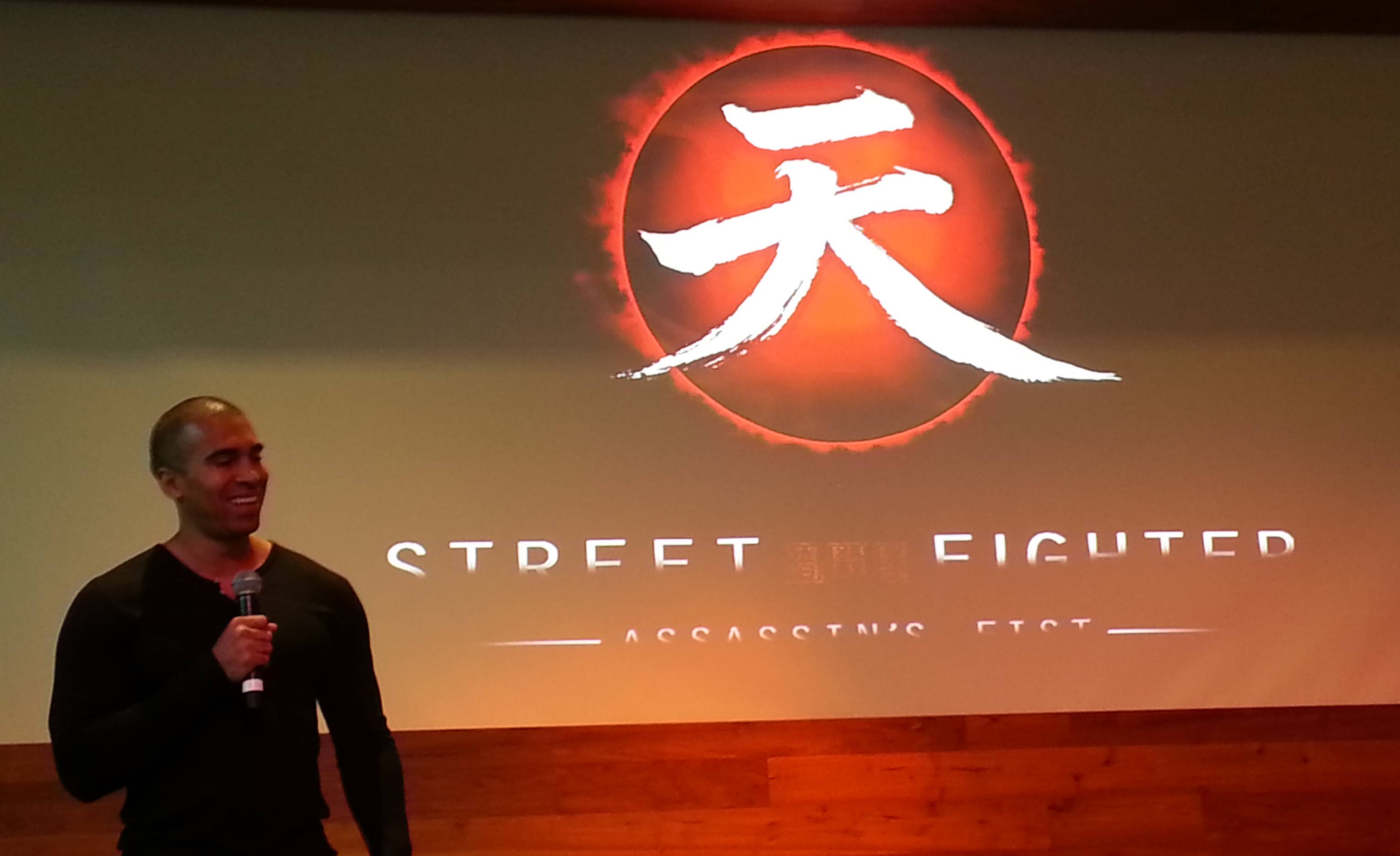 Street Fighter: Assassin’s Fist is inspired by a video game franchise, but as director Joey Ansah (pictured) stood before the crowd of media at YouTube Space LA on Monday introducing the web series – which debuts Friday on Machinima – he made it clear that it’s a serious passion project for him, as important as any Oscar-baiting costume drama.

A longtime fan of the Street Fighter franchise, launched by Japanese game developer Capcom in 1983, Ansah had seen too many botched videogame adaptations.

The series shot for 7 weeks last summer in Bulgaria, a popular Hollywood runaway production destination due to its cheap labor, materials, locations and, well, everything.

Ansah – who co-wrote the series with Christian Howard (a Tom Cruise doppelgänger who co-stars as Ken) and co-stars as Akuma – cobbled together the $2 million financing from a variety of sources, including a sponsorship from Honda and multi-platform distribution deals.

“Machinima is the first platform,” Ansah explains. “They’ll target the core fan. It will then later be on TV as a 6-part series, as a 105-minute TV movie, and it will eventually be on DVD and Blu-ray, where there’s a full theatrical cut.”

Ansah’s Assassin’s Fist journey began 5 years ago when he flew from his native England to L.A. to pitch Capcom Licensing on the idea of doing a feature-length series adaptation of Street Fighter II: The World Warrior‘s storyline. Capcom passed on the idea, but offered him the opportunity to do a short, in conjunction with the impending release of the game Super Street Fighter IV, demonstrating the feasibility of his concept. The result was Street Fighter: Legacy, a 3:12 minute “fan film” that has garnered more than 5 million online views since 2010. 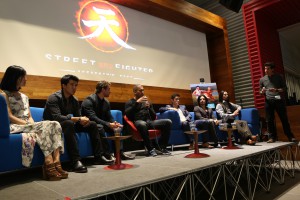 “After the success of that, we were like, … ‘World Warrior, let’s shelve that, because we could do with more money to really do that justice,'” Ansah explained during a post-screening Q&A with his fellow cast members. “‘Let’s take the story back to the beginning to Ryu and Ken’s origins.’ Not only is it the part of the story that hardcore fans know probably the least about, it’s also the place for non-fans to jump on board.”

Friends for more than a decade, Ansah and Howard played Street Fighter religiously back when they were roommates, and they made sure to port the game’s character-specific moves into their fight choreography.

“We had to essentially create a fictional martial art,” Ansah says. “If you’re a fan of the game… hopefully you’ll say, ‘Oh, my God! There’s Ryu’s forward medium punch’ or ‘There’s Ken’s big round kick.’ When we talk about doing a faithful adaptation, we’re not f-ing about, excuse my French. Every detail, where possible, will be true to the game.”

The series shot for 7 weeks last summer in Bulgaria, a popular Hollywood runaway production destination due to its cheap labor, materials, locations and, well, everything. 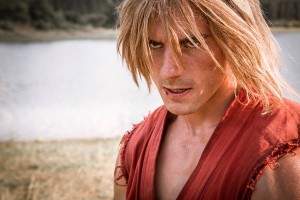 When asked what it took to get into character as Akuma on set, Ansah says that with all he had to do on the project — including choreographing the fights with Howard (pictured, left) and learning his all-Japanese dialogue — he didn’t have time for any method-actor indulgences.

“We had no overtime, no re-shoots available, literally,” Ansah said. “I just had to get on and do the role.”

Many of the actors were cast out of Japan, including actress Hyunri, who plays Sayaka, the woman at the center of the love triangle. She impressed the cast with her ability to cry on cue. Her muscle-building co-stars impressed her with their consumption of food.

“They eat food 5 times a day with meat,” said Hyunri. “I was a vegetarian before the shooting, but I dropped it.”

Ansah said the wheels are already in motion for another Street Fighter series, hopefully using the same treatment for World Warrior, but don’t expect anything too soon.

“We all kind of need to catch our breath,” Ansah said. “Since we finished filming in August last year, I’ve been full-time up until now. It would be nice for me to work on something else before jumping into another 2 to 3 years on the World Warrior.”