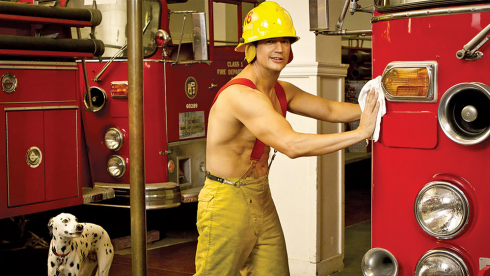 Fox Broadcasting Company will work with producer Jonathan Stern and former Paramount exec Keith Quinn to develop digital series with an eye towards taking them to broadcast and cable platforms.

The deal will give Fox Multi-Platform Programming first-look rights to comedy projects developed by Stern and Quinn that are suitable for incubation through digital platforms such as Hulu and Roku, with the ultimate goal of becoming full series on Fox, FX, FXX or other networks.

Stern and Quinn will also provide distribution and producing services (via Stern’s Abominable Pictures) for select projects developed by The Lonely Island, a production entity that entered into a similar incubation deal with Fox back in January and is headed by Saturday Night Live alums Andy Samberg, Jorma Taccone and Akiva Schaffer.

Stern and Quinn’s collaboration began when Stern pitched Burning Love to Quinn when he was SVP of creative development and production at Paramount Digital Entertainment. Executive-produced by Stern, the series ran for three seasons on Yahoo before being the transferred to the cable channel E!, where it is currently in its third season.

Under his Abominable Pictures banner, Stern has also executive produced the digital series Wainy Days, Horrible People and  the upcoming Beef and Hotwives of Orlando, the latter of which premieres July 15 on Hulu.