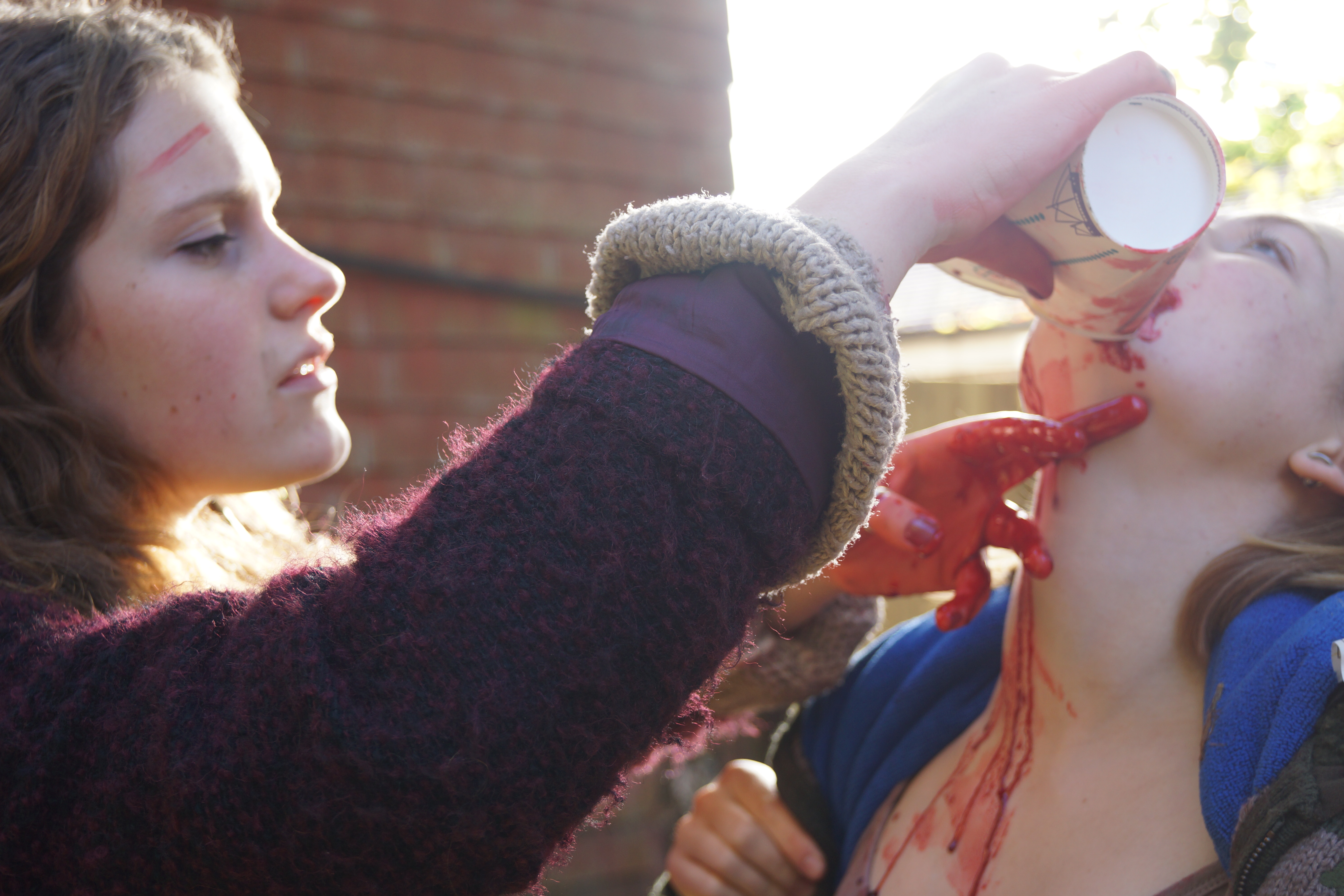 Bloody brilliant: Getting a TV-ready look on a web budget

Makeup artists and costume designers tell frontline battle tales about how they're creating increasingly sophisticated looks for digital shows under the gun, with little time or money.

The semi-improvised, seat-of-the-pants, let’s-put-on-a-show freshness of digital projects is a big part of their appeal for fans.

But the ultra-low budgets that dictate this aesthetic for most productions outside the Netflix-Amazon Studios orbit can present some daunting challenges for people like costume designer Vanessa Driveness and other crew members in the various below-the-line departments, from set design and makeup, to stunts.

If they fail to overcome those challenges, producers are stuck with footage that looks more like dad’s VHS cam Christmas pageant recordings circa 1995, and less like the increasingly broadcast-like content viewers have come to expect. 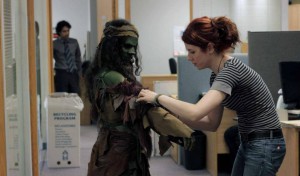 Driveness (pictured left) was given $2,000 to rebuild the wardrobe for season 3 of IAWTV-nominated web series Standard Action, scheduled to debut later this year. That’s pretty rich, considering the show’s budget for the entire season was $36,000, but she was still scrambling to pull metaphorical rabbits from hats.

Costumes were built from odds and ends she found at Value Village. She made some chainmail herself, and called in favors from armorer Aaron Harrison, whom she knows from fan conventions. Fortunately, the show is a gaming-inspired fantasy, so it’s okay for her druid character to wear Chuck Taylors and a hoodie.

Perish the thought that anything might be irrevocably stained or destroyed.

“We never have doubles of the costumes, so I constantly live in fear,” Driveness says. “With the actors, I’m like, ‘Don’t touch anything, don’t eat in your costumes.’ But the lucky thing is, because I designed them to look like video game avatars, they don’t ever change their clothes.”

On traditional film and TV shoots, there are typically multiples of the costumes for the main characters, not to mention things like trailers, equipment trucks and proper catering.

On the Vancouver-area shoots for Standard Action, “I’m the entire department,” says Driveness, who’s currently working as a costumer on a series of Lifetime movies of the week. “And I did it all before I owned a car, so the actors would come to my house for fittings, and one of the crew would pick me and my wardrobe on the way to the shoot.”

At 32, Driveness is a seasoned vet compared to 17-year-old Frederica “Fred” Bullough (pictured in featured image), who studied makeup effects on YouTube in preparation for essaying the bullet hits, burns and other pieces of gore for Wildseed Studios’ digital horror/sci-fi feature Hungerford, written directed by and starring 19-year-old Drew Casson.

“The internet has plethora of amazing SFX makeup tutorials, so it really wasn’t difficult to pick up,” says Bullough, who was 16 at the time of the shoot last summer. 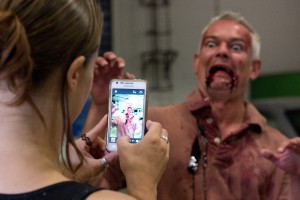 Bullough estimates that £200 of the £20,000 budget for the film was spent on makeup, much of which was ordered in kit form from Mehron Theatre Makeup and Supplies.

“They sent latex bullet wounds with little indents in them that are about the size of 50p coin,” says Bullough, who is the daughter of Wildseed Studios co-founder/managing director Miles Bullough. “You can also order the glue and everything else that’s needed to apply it. There were a few times we thought we were going to run out of blood, and we had to go on the internet and reorder blood and have it rush-delivered through expensive first-class post.”

Pre-fab was also the route chosen for the set of the Hulu game show Money Where Your Mouth Is, hosted by Jay Mohr. Instead of a shooting it on a studio soundstage where they would have to build a set, they used a Los Angeles nightclub.

“We wanted something that felt like an aspirational, high-end man cave,” says Dan Goodman, co-founder of Believe Entertainment Group, which produces the show. “The club had a cool vintage element with built-in bookshelves with old books, vintage musical instruments, old trophies, and footballs.”

The overall task of shepherding the show’s look was not given to a production designer or art director, as on a traditional shoot.

“We ended up doing a lot of that ourselves with own our creative and production team,” Goodman says.

The producers used different sections of the clubs as the backdrops for contestant activities – a leather-wrapped wall for their confessionals, a brick passageway for their entrances, and a wall with large, built-in propeller-like fans for their intros. With those elements already in place, there was little to do other than build the contestants’ podiums and add logos and scattered pieces of set decoration.

“It created an ease of production,” Goodman says. “So the set design wasn’t just about look and feel. It actually enhanced the efficiency of the shoot itself.”