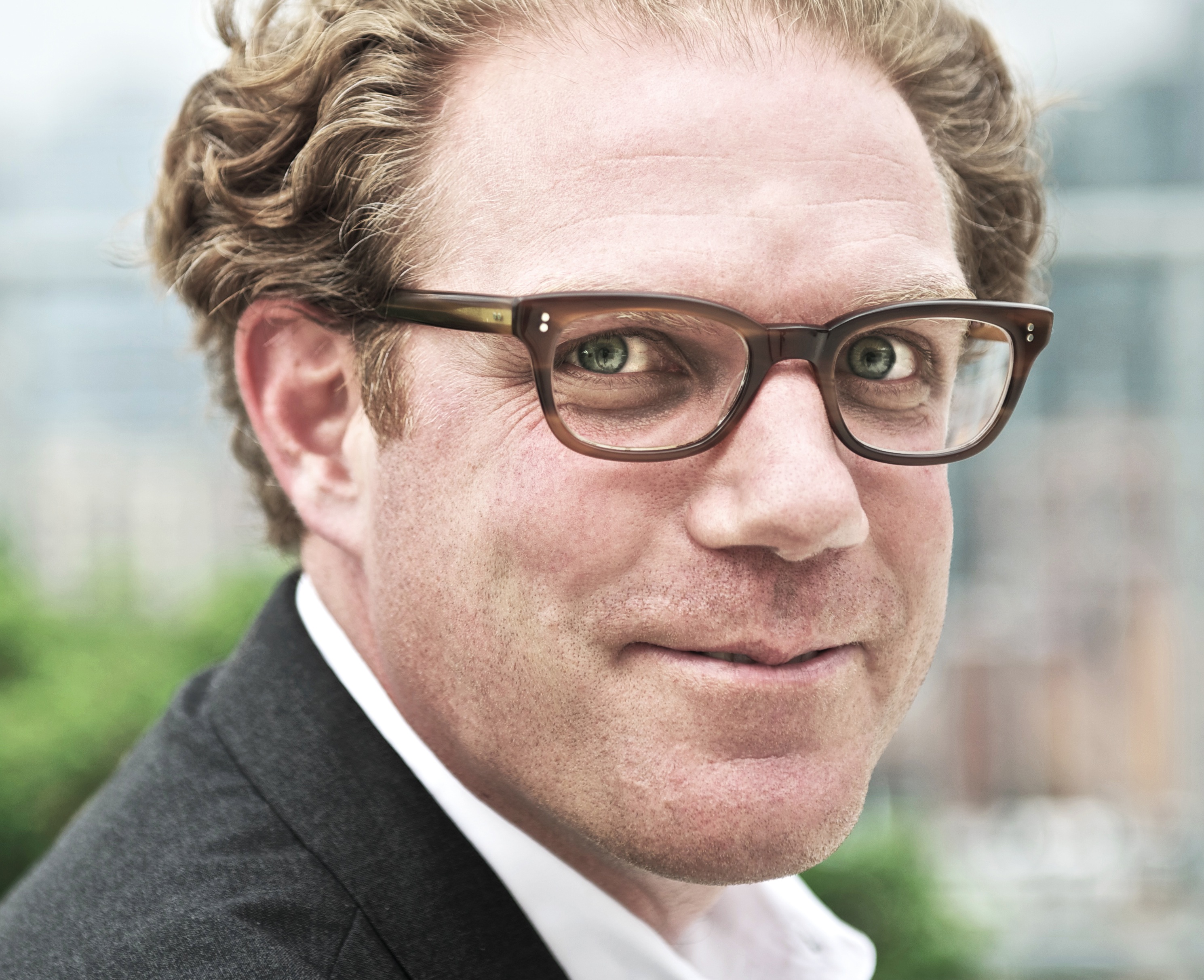 David Rittenhouse of Neo@Ogilvy and other execs at DigitasLBi, SMG, and M2 give their take on how this year's Digital Content NewFronts may impact programming spend.

We covered their content announcements and tried to convey their programming strategies, but for StreamDaily‘s Digital Content NewFronts wrap-up, we turned to the media buyers who sat at the carefully planned presentations of digital platforms and publishers.

Were they there to learn, or to spend? What impressed them most? And as the DCNF market gains momentum, how will it impact their budget allocation? Here’s what some of them had to say on the topics of budgets, scarcity, audience-building, and which shows got them hooked.

Granted, it’s only the DCNF’s third year of existence, but have brands begun to allocate a separate digital video budget to be spent at the event? Or are they siphoning dollars from TV, as a recent Wall Street Journal article suggested? This distinction, says David Rittenhouse (pictured), managing director, Neo@Ogilvy, determines the connection between the NewFronts and Upfronts, taking place this week in New York.

In his experience, Rittenhouse says there are clients that use both models — and there is no single way that is right for all parties.

“Video budgets enable brands to focus on the best of digital, and are not restricted to offerings across multiple platforms,” he tells StreamDaily via email from Japan. “Combined (budgets) lend themselves to greater scale and efficiency. The right approach varies based on additional factors, like the brand’s positioning, desired audiences, and content messaging needs.”

Buyers are not afraid to shift funds between platforms in order to meet a target goal for clients, says Will Pate, VP digital at M2 in Canada.

This means the NewFronts are an opportunity for presenters to wow those buyers, who may be waiting to check out the TV offerings before committing, with combined budgets.

“It’s not about TV and digital video, it’s about video content that reaches the right audience. Digital has inherent strengths like targeting, mobility and measurement, so we shouldn’t be afraid to stand it up on its own merits as part of an integrated plan,” says Pate. 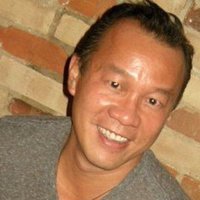 In the not-too-distant future, there will be just a “video” budget regardless of screens, says Terence Chang (pictured left), SVP group director, investments and LiquidThread, a division of Starcom MediaVest Group in Canada. “We definitely talk about it, and there is an overt push for a single video layer versus TV and digital video layer,” he says.

Scarcity and the pressure to commit

Some major announcements were made at the NewFronts. Crackle, which cut a deal with Spark that gives the agency a first-look at their programming slate, says its deal flow increased “substantially” when compared to last year.

“This year, buyers had an entirely new perspective. Last year, people attended NewFronts to ‘discover’ what was happening in the New Living Room, this year many came to spend on quality digital programming,” says James Smith, head of digital media sales and partnerships for Crackle.

DigitasLBi, the agency that’s a founding partner of the DCNF, was setting an example for others by committing at the event to AOL’s Connected and My Hero, announcing a partnership with BuzzFeed and a deal with Google Preferred. GroupM signed a sponsorship deal for all 16 AOL On Originals in Canada. 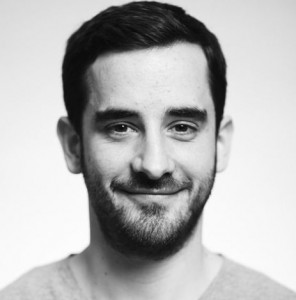 Seeing large buys like those announced at the NewFronts is turning up the pressure for others to follow suit, says M2’s Pate, (pictured right).

“Digital’s share of paid media is growing at a steady clip, so the room to make commitments is growing,” he says.

Still, he was there to learn, not buy. “I’m looking for when our client partners’ needs align with new opportunities as they arise, 365 days a year. Most of the time, like for any investor, it’s not a fit. This was a chance to download a lot of new information from top-tier digital media partners, in a short period of time.”

Just because some DCNF deals aren’t as immediate as those made at the TV Upfronts doesn’t mean the event should be dismissed as a marketplace, says John McCarus, SVP social content at DigitasLBi. These sponsorships may take longer to craft, but they also have a longer benefit cycle, he says. 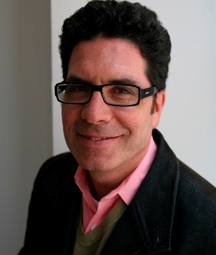 “You might do a deal with a web series and decide you want some social amplification, and you need to engage a technology partner. You might decide you want to increase distribution and involve other platforms in the content that you’re buying,” McCarus says.

“While this stuff takes longer, brands very often are getting a lot of benefits from these partnerships beyond the actual media buy. In television, it’s a very clear relationship. The media turns on, the brand benefits. The media turns off and the brand is nowhere to be seen.”

A couple of weeks after the presentations, the negotiations continue, McCarus (pictured left) says. “I think we’ll probably see an 8-figure deal in original digital video coming out of the NewFronts. I don’t know where it will come from but I think it will be there.”

What made a good impression?

AOL fought for outlier status, holding their presentation in Brooklyn and making even the hors d’oeuvres conform to the “Connected” theme with tubular food displays. Maker went big with thumping club tracks and plenty of Disney references, and traditional news outlets, like Wall Street Journal, Time Inc. and New York Times, re-affirmed their commitment to video. But what were buyers most impressed with?

Neo@Ogilvy’s Rittenhouse says The Times‘s presentation was exemplary for him.

“Media companies with strong newsgathering capabilities and good access can make a differentiated and valuable video product,” says Rittenhouse. “For example, fashion critic Vanessa Friedman from the Times visiting Diane Von Furstenberg’s studio can let her audience “see what she sees” not just read about it at a distance.”

Rittenhouse also liked the Times‘ “beyond words” strategy of threading video throughout all of its product, and felt that talks from the talent — Mark Bittman, Molly Wood, Vanessa Friedman, David Carr —  brought the new products to life.

LiquidThread’s Chang says he thought AOL’s Making a Scene with James Franco is something he would watch, and he liked the platform’s first long-form series, Connected.

“I loved Connected for the very fact that it’s a really successful TV format in Israel and around the world. I thought AOL was behaving almost like a television network, buying a TV franchise,” he says. 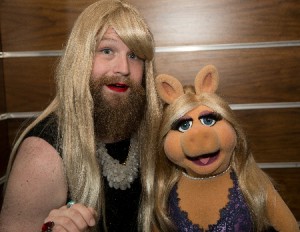 McCarus liked Maker’s nod to Disney with the upcoming Star Wars mashups and the sassy meeting of P’Trique/Miss Piggy (pictured right). He says diversity at this year’s NewFronts should have presented buyers with an option for nearly every client.

“If there are media buyers out there that can’t find their way into quality digital video at scale, then they should probably re-examine their career objectives,” he says.​

One of the concerns expressed by buyers at the events is the distribution and marketing of content. Several platforms are trying to address this, in part by aggregating content on a video hub — Conde Nast Entertainment is to debut The Scene, Time is launching The Daily Cut, and Maker.tv is already hosting content, in some cases before the shows debut on YouTube.

Rittenhouse thinks engaging consumers in an all-video environment is something that some brands will want.

But McCarus says the jury is out on whether this is the best way to tackle cross-promotion and distribution.

“It’s very difficult to justify sending the audience to a place where they don’t currently aggregate. I think advertisers probably like to see their investments in one place; to be able to go to a site and say ‘Hey, there’s the show I’m integrated in’, or ‘there’s the show I’m a part of or bought pre-roll against.’ But I’m not sure that consumers really care and I think it will probably take a long time to reach critical mass.”

There’s no question online content needs to be marketed and promoted better – several buyers said multi-platform ad campaigns, like what Netflix or TV networks implement, would go a long way to attract new audiences. But building a platform takes time, and perhaps the presenters are waiting to establish themselves before launching an all-out promotional assault.

Crackle, for instance, has been around since 2007 but “didn’t say a word for 3 years” says McCarus. “They were still quietly funding a lot of content development and building a platform which takes a ton of time. So Crackle now has meaningful audience, it’s targeted, you know what it stands for. I think they should have every reason to be proud of that.”

NewFronts-related sponsorship deals are bound to emerge over the coming weeks. This year, digital media companies have showed they are willing to be aggressive in selling their premium content, drive demand and create scarcity, even though building up DCNF to an Upfronts-like event will take time.

The effort to “educate” buyers on the value of digital was apparent, and some presentations felt like a “Social Media 101” crash course.

But “educating” is how markets are made, argues Rittenhouse. “Once the market is made it can be captured through ‘selling and buying’ activities.”

Still, organizers seem aware that DCNF may have to refocus the curation of the event on showcasing companies’ investment in original digital programming, as was the core mission.

“We need to be more fearless as marketers and agencies and really jump in and be early movers. I would say we have to do a better job of focusing the NewFronts around the core mission of quality original digital video at scale – it’s important that we don’t stray from that,” McCarus says.