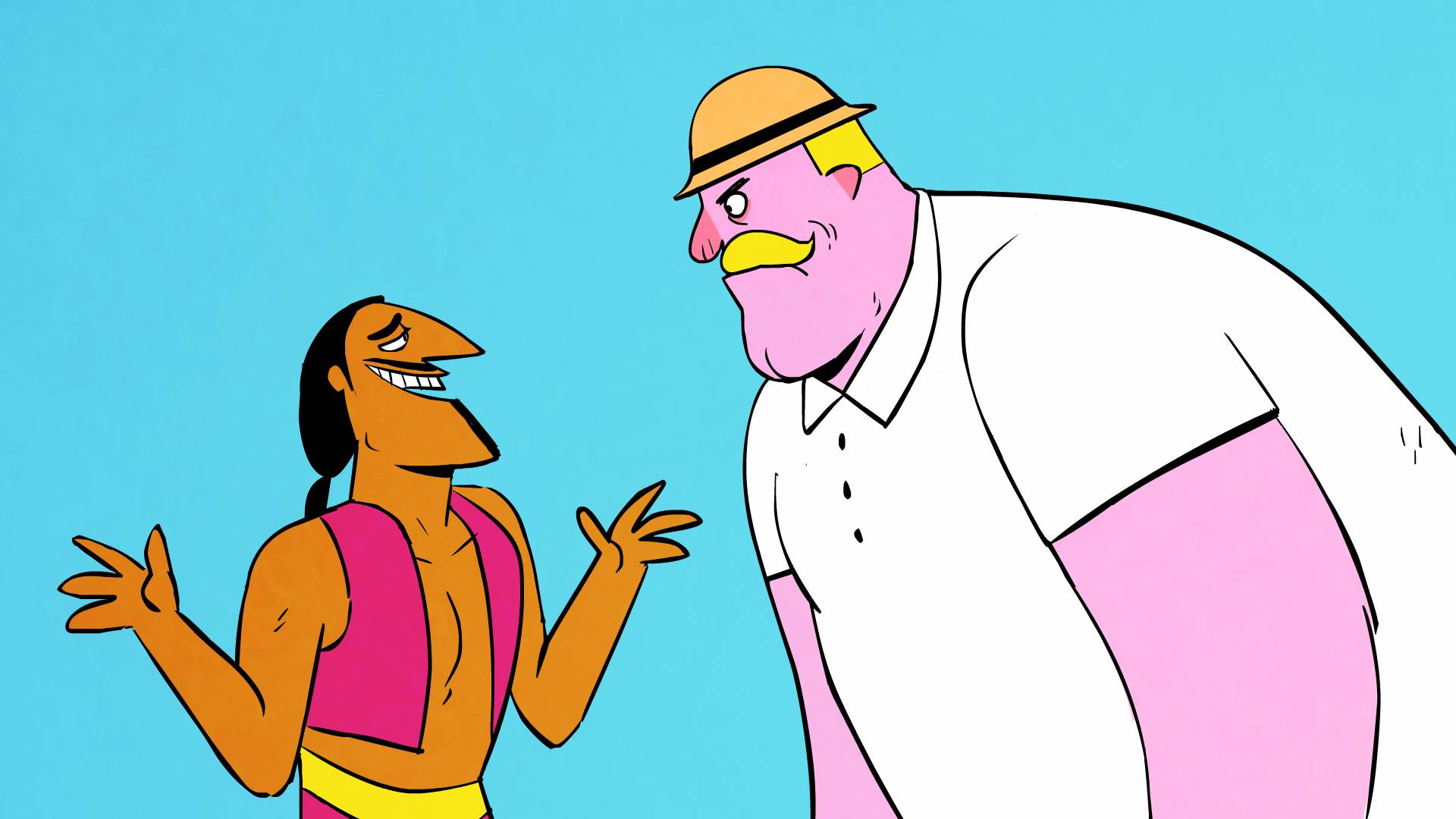 The Bristol, England-based multiplatform production company announced on Tuesday that it will be premiering the animated comedy pilot on its YouTube channel this Thursday.

Wildseed Studios is taking another step in its quest to establish itself as “the home of British animation for grown-ups” with a new animated comedy pilot Rajesh Finesse, which will premiere on its YouTube channel this Thursday.

Written and animated by The Spin Kicks Bros. (Tom Gran and Martin Woolley), Rajesh Finesse is a comedy about the misadventures of an Anglo-Indian “aristo-cad” (voiced by British comedian and actor Sanjeev Bhaskar) and his easily-corrupted English man-servant.

Based in Bristol, England, Wildseed Studios was co-founded by Miles Bullough, former head of broadcast at Aardman Animations, and former BBC creative executive Jesse Cleverly. It launched in 2013 with an initiative to make up to 50 investments of up to £10,000 in projects ranging from apps, games and books to web series, live shows and movies.

The Spin Kick Bros. came to the attention of Wildseed when they submitted ideas via the company’s online submissions system. Wildseed made a single £10,000 investment in Spin Kick Bros. that to date has resulted in 3 animatics, Rajesh Finesse, Lone Wolves and the upcoming Buck and Rick, which will debut this summer. The Spin Kick Bros. also made Writers’ Block, a short film about a prison for bad writers, and, more recently, Ace Discovery, an adult comedy sci-fi pilot for Frederator Studios’ Cartoon Hangover.