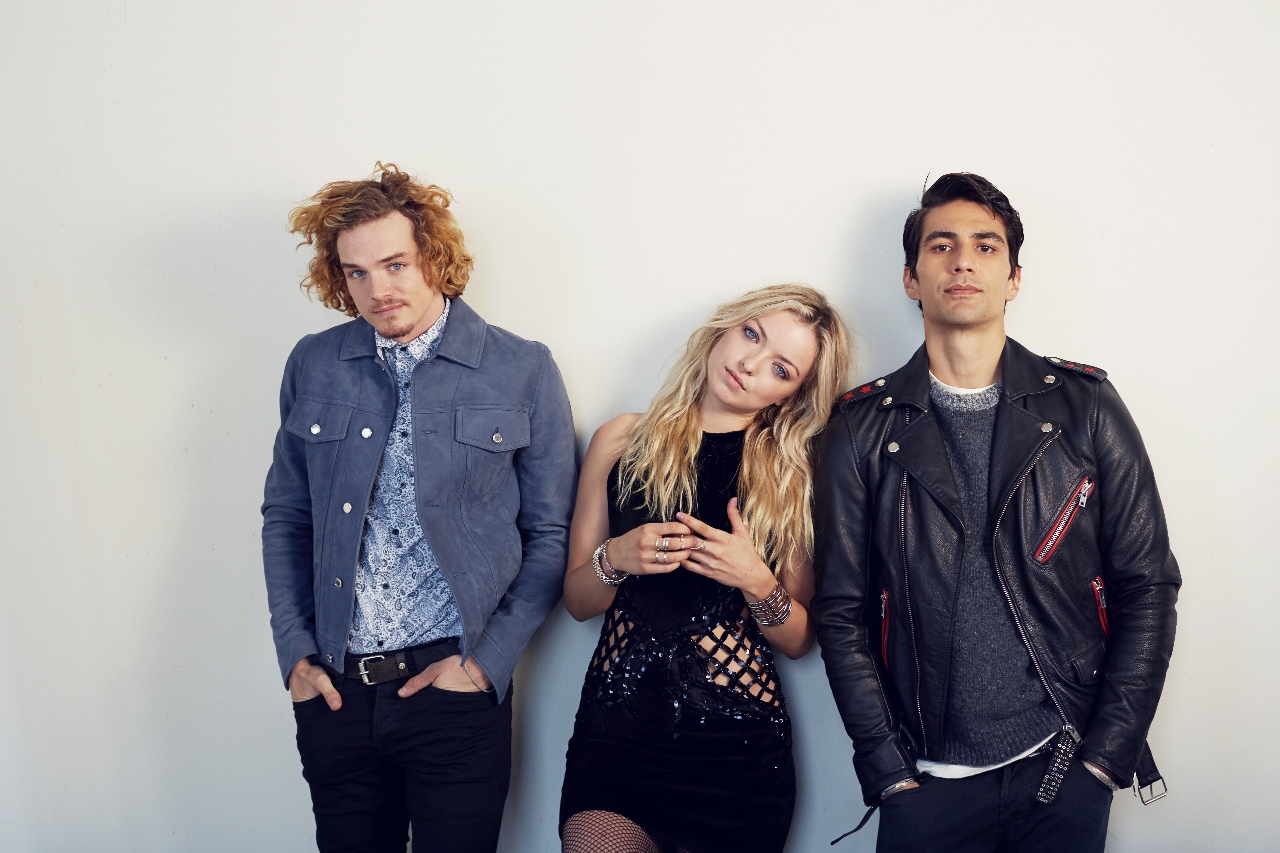 No beauty sleep for the Pretty Things crew

Spoiler alert: Maker Studios’ first scripted series Oh, You Pretty Things, premiering Monday on the YouTube channel The Platform and Maker.tv, opens with the smashing of a guitar.

“There are all sorts of metrics and so forth in the digital world that tell you at what point you need to engage your viewer, and if you don’t have them in the first 30 seconds, you lose them.”

Within 7 seconds, viewers are introduced to the lead character Olivia, a fashion photographer’s assistant and music blogger played by Francesca Eastwood (pictured above with Alexander Nifong and Tui Asau). In less than a minute, she’s getting reamed out by her boss.

The slam-bang opening is no mere dramatic flourish.

“There are all sorts of metrics and so forth in the digital world that tell you at what point you need to engage your viewer, and if you don’t have them in the first 30 seconds, you lose them,” explains director Rico Martinez, who also executive produced with Jessica Gelt of We Put Out Entertainment.

Getting Oh, You Pretty Things to conform to the rules of the web was no easy task. Series creators Brian Canning and Christian Casucci originally wrote it as a feature film, inspired by their experiences in the underground art and music scenes in Los Angeles’ Silver Lake and Echo Park neighborhoods. 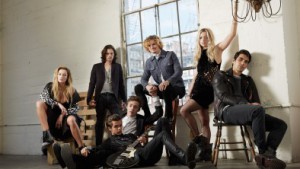 Anyone who’s been within earshot of someone trying to write a movie script knows the hardest part of the process is mapping out the dramatic beats so they conform to a strict 3-act structure. So Canning and Casucci had to do more than just chop the script up into 10 separate 7-minute episodes. They had to come up with 10 attention-grabbing cold opens and cliffhanger outs.

“The overall arcs stayed the same,” says Casucci, who began collaborating with Canning more than a decade ago when the two were thrown together as dorm roommates at Chico State University in Northern California. “We knew where it was going to end, so we just had to just ramp up the inherent drama within that time.”

As soon as Maker got involved in the project, the writers were swept up in their own drama.

“Everything in the process was very ticking clock,” Canning says. “We were doing rewrites up until the first shoot day.”

The shoot itself was a mad sprint, covering 96 pages in 9 days, on location in Echo Park and Silver Lake. The toughest setup was an early-morning call inside the legendary indie rock club The Echo, featuring a performance by the fictional struggling band at the center of the series, We Are The Royals.

“We had to be out of there in two hours and we still had three scenes to shoot,” Canning recalls. “So the director says, ‘We have to lose two scenes. How can we make up character arcs and put them in other scenes?'”

Although it seemed like a drastic measure at the time, Casutti believes that dropping the scenes ended up improving the final product.

“A lot of things that were superfluous fell away, whether it was intentional or not,” Casutti says.

The compressed, little-sleep-till-wrap schedule also had a positive transformative effect on the people involved.

“It became a very close-knit group,” Canning says “The two actors who play best friends in the show, Matthew Grathwol and Alexander Nifong, ended up becoming best friends in real life. The band, We Are the Royals, became an actual band and played a show with my band Afternoons a month ago. It was life imitating art.”

Produced in partnership with ultra-hip lifestyle publication Nylon Magazine, Oh, You Pretty Things was scored by Canning’s Afternoons bandmate, Tom Biller, who won a Grammy for his work as an engineer on the Kanye West hit “Gold Digger.”

Canning wrote the songs for the show’s second fictional band, The Mountaintops, as well as a folk troubadour character. He also wrote approximately half the songs for We Are the Royals, while the other half came from executive producer Gelt’s former band The Movies. (She’s currently the bass player in the all-female band Wet and Reckless.)

The soundtrack goes on sale on iTunes on Monday, to coincide with series premiere. (Click here to listen to the track “Missed Opportunities.”)

“Almost everyone on the show’s creative team, from the writers to Jessica and me, are all involved in music, and have been signed to labels,” says Martinez, who’s a non-touring member of the band Rush Midnight. “So, in a weird way, this is an homage to not just to our love of music, but also youth and youth culture and that pure joy and heartache of trying to make it.”