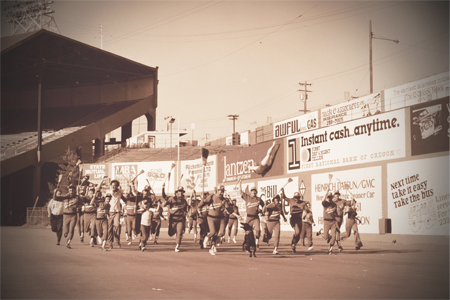 The digital service has picked up two more docs to add to its growing slate of non-fiction originals.

Digital service Netflix has picked up Sundance doc The Battered Bastards of Baseball (pictured) and environmental film Mission Blue, to add to its growing slate of non-fiction originals.

Baseball, from directors Chapman Way and Maclain Way, looks at the move by Hollywood veteran Bing Russell in 1973 to create the Portland Mavericks, the first independent baseball team in America at the time.

The doc is exec produced by Nancy Schafer and features Kurt Russell and Todd Fields. It will premiere on Netflix on July 11 and the producer is Juliana Lembi.

Fisher Stevens and Robert Nixon’s Mission Blue, meanwhile, is a feature doc about oceanographer, marine biologist, environmentalist and National Geographic explorer-in-residence Sylvia Earle, and her campaign to save the world’s oceans from threats such as climate change, overfishing and toxic waste.

The film will air on Netflix on August 15.