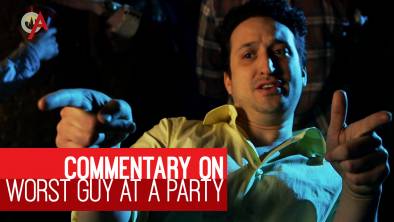 Above Average and Upright Citizens Brigade make it official

The multichannel online comedy network is teaming with the comedy troupe's digital arm, UCB Comedy, to co-produce new sketch content to appear on Above Average's YouTube channel and website.

Above Average announced on Monday that UCB Comedy, the digital arm of Upright Citizens Brigade, has joined the multichannel network.

The partnership puts an official stamp on the longstanding relationship between Above Average and Upright Citizens Brigade. UCB talent has written, directed, and starred in many Above Average sketches and series, including Thingstarter, That Couple You Know, Commentary On, Rejected Pitches and The Idiot’s Guide to Smart People.

Owned by Broadway Video, best known as the producer of  Saturday Night Live, Above Average has 50 channel partners and a combined 6.9 million YouTube subscribers.

Founded in Chicago in 1990, Upright Citizens Brigade is an improv sketch comedy troupe that launched the careers of several Saturday Night Live cast members, including Amy Poehler and Horatio Sanz, and familiar faces such as Neil Flynn (The Middle) and Matt Walsh (Veep), as well as onetime SNL writer Adam McKay, who’s partnered with Will Ferrell in Funny or Die and Gary Sanchez Prods. (Anchorman, Talladega Nights).

Above Average, Comedy, Commentary On, UCB