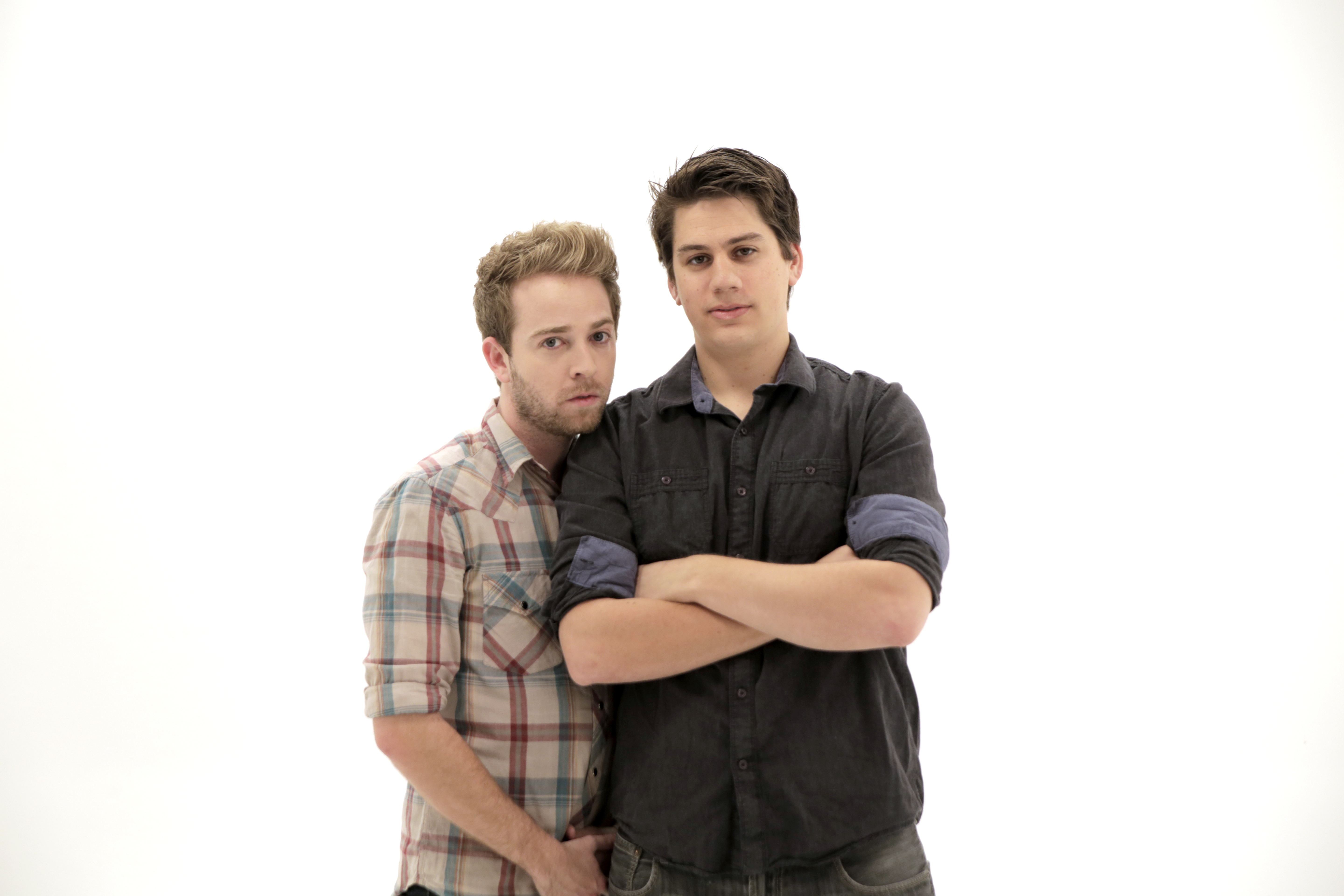 Backed by Ben Stiller and Maker Studios, season 2 of the show debuts Tuesday. The creators tell StreamDaily about the new budget, how the deal came about, and what their distribution plan is.

The duo have relocated from Brooklyn to Los Angeles and hooked up with Ben Stiller’s Red Hour Digital production shingle for a number of projects, including a 10-episode second season of fake reality series Next Time on Lonny, distributed and co-produced by Maker Studios. The show debuts June 3 on Maker’s recently announced video hub Maker.tv, where a director’s cut will stream on Tuesdays and Thursdays. A regular version of the episode will also be posted on Maker’s Nacho Punch vertical on Wednesdays and Fridays.

Q: So, you initially had offers from both Ben Stiller and Lorne Michaels? 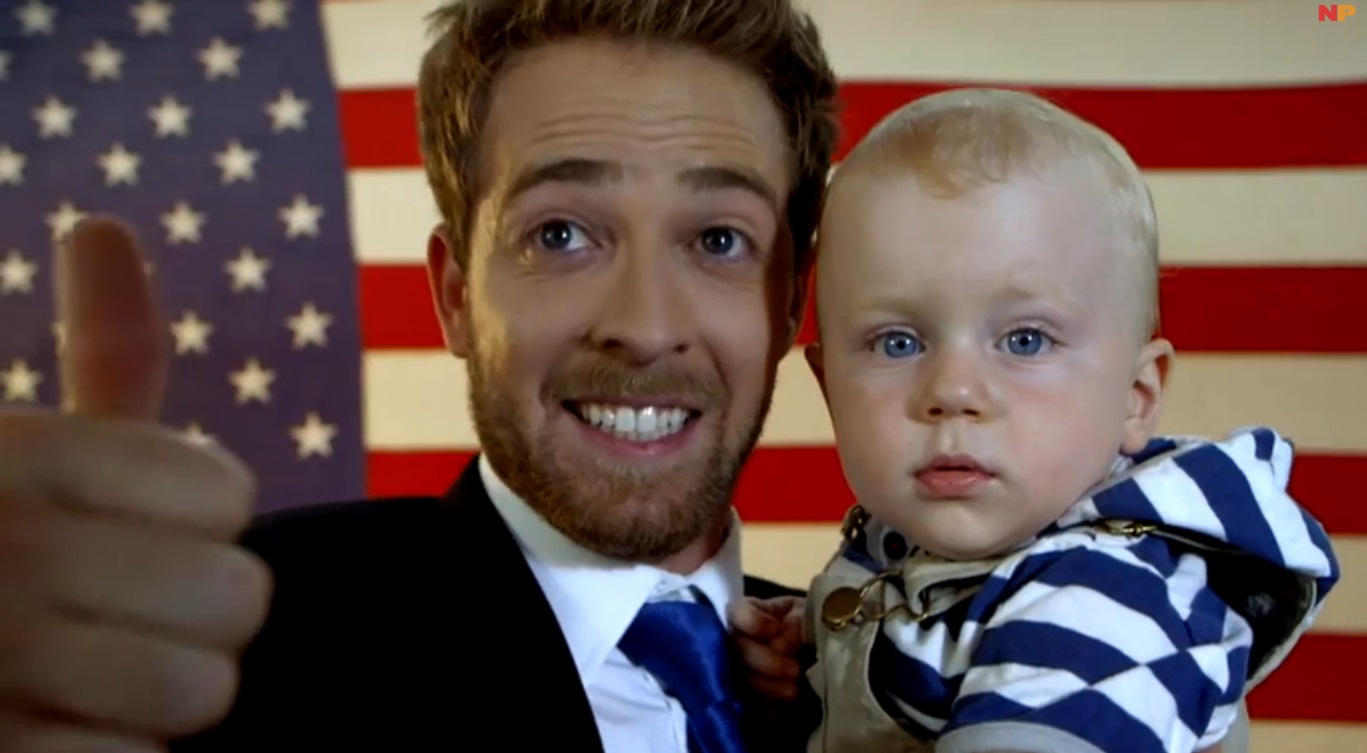 Then when we met with Red Hour, it was a really small group of people. It was mostly Debbie Liebling, their head of TV, she just loved the show. We had already been talking with Above Average, and we had a treatment to try to get them to put up a certain amount of money to do the show. We thought, ‘We should just give it to Debbie on the off-chance they would be interested in producing season 2 of Lonny.’ She read the treatment and really loved it. Days later we got an email saying, ‘Ben was crazy about the series and he wants to produce it with you guys.’ Soon after that, he got on the phone with us and asked me to audition for (the film) The Secret Life of Walter Mitty, and then gave me the part. It was a really insane process. To get on the phone with Ben Stiller was like the most surreal experience for us.

Q: What are the budget differences between the first and second seasons?

Anfanger: We produced the first half of the first season by ourselves, and then we linked up with Cracked.com, and they kind of paid us back for the money that we spent and gave us a little bit to make the last 3 episodes of the first season. The difference in budget was astronomical.

Schimpf: Season 2 is a large budget for a web series. We produced, on average, with about $700 to $800 an episode for the first season. And then for this season, it was, per episode, just barely over five figures.

Anfanger: We have more per episode than we did for the entire first season. But the main thing is, nobody got paid anything for season 1. Everybody was doing it as a favor. And for season 2, it ran through SAG and everybody got paid for it and it was produced on a legit level.

Schimpf: Yeah, we had to get permits. Season 1 was like really just guerilla — stealing, borrowing…

Anfanger: There are shots of me holding a mic off-screen, trying to cut down on crew. But the crazy thing for season 2 is that it’s not that much different. We really wanted to do so many insane things. We go to Japan, but with four people. So it’s really a guerilla operation, but we wanted to put the money that we got into making season 2 feel like we were really taking it to the next level in the most economical way that we could. 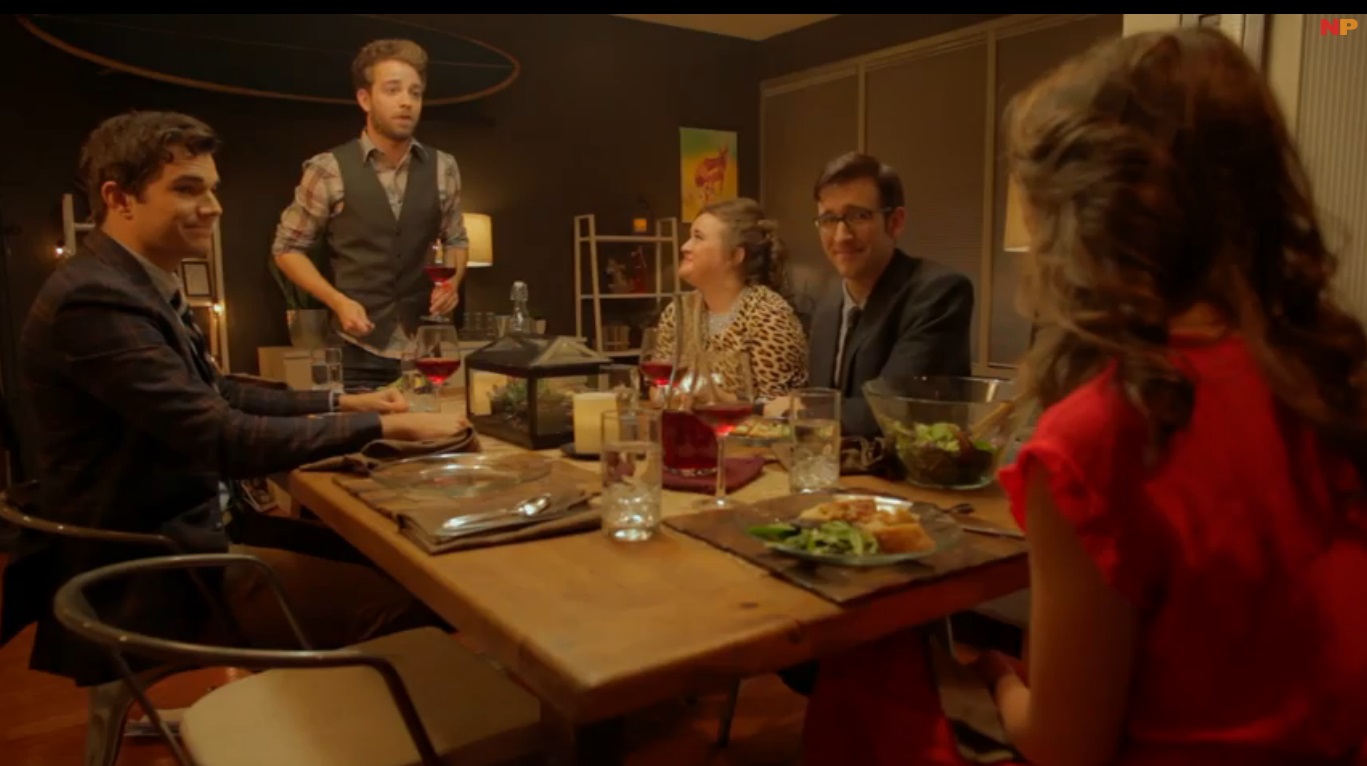 Anfanger: I think in season 2, some of the stories are more immersive. The first season moves quickly. As season 2 progresses, we experiment with tone and form a lot more. The episodes get a little longer and play out more like short films than trailers. That’s probably the biggest difference. It’s more detailed and more scene-based as opposed to just trailer-based.

Q: Where is it available?

Anfanger: It’s going to be on our site, which is NextTimeOnLonny.com, which links to YouTube.

Schmipf: The hope is that it could go to TV next year. And Burning Love – which is another show that Red Hour produced – they’ll kind of use that model, distributing through Yahoo, and then eventually we’ll be able to move it to TV (Burning Love got picked up as a TV series on E!). So the hope is that we can possibly group 2 episodes at a time and eventually air them.

Q: What kind of view counts has Next Time on Lonny accumulated?

Schimpf: We put it on Maker’s Nacho Punch channel more recently. Before that, each episode got between 200,000 to 300,000 views on Cracked.com, and about 100,000 on YouTube, I would say. So close to a half-million per episode across all platforms.

Q: Who owns the rights, and is there a plan in place to monetize Lonny?

Anfanger: I believe us and Red Hour co-own it right now. And there’s something built in for Maker, if it goes to television.

Anfanger: They’re looking at monetization from a couple of standpoints. One is the ad-driven money from YouTube pre-rolls and whatever other marketing things that they can do, and just selling ad space around it. They occasionally try sponsorship with product placement, although there isn’t a lot of that in our particular show.

Schimpf: One thing that we’ve learned is that there’s kind of a weird thing with minute count. The whole piece of content has to equal 90 minutes so you can (sell it) to foreign distributors or different places like a package. It’s really confusing. Also, WME (William Morris Endeavor) — they rep Red Hour and they have a really strong digital department there, and they’ve been helpful in facilitating plans like that for other web shows, so they have more of an idea of the strategies for selling and packaging.

Q: What do you attribute to the show’s popularity?

Anfanger: Generally speaking, I think the appeal of the show is that every episode is unique and different and doesn’t follow any preconceived notions. The type of craziness we explore is pretty uniquely different each time.

Q: How has Next Time on Lonny changed your lives?

Anfanger: Before Red Hour came on, it was still surprising for us because we had opened the door for a lot of meetings. Comedy Central wanted to meet with us just about whether or not we had an idea for a TV show, or how to expand Lonny into a TV show. They wanted to meet with us, and then we had tons of manager meetings. So it was this whirlwind that was happening right after we started releasing, there was a positive response. But after Ben’s company came on board with us, then there was a huge shift, and it was shocking.

Schimpf: Alex and I have been working on a television pilot on and off for 5 years, so we showed it to Red Hour and Ben and it eventually found a home at Comedy Central. We shot that pilot, and in December they picked it up, so right now we’re working on the entire season of Big Time In Hollywood, Fl. It’s really surreal.

Anfanger: Sitting in our office, writing our TV show and having this interview — it’s definitely surreal. From shooting in our apartment in Brooklyn two years ago, and putting this web series together for $700 an episode, to where we are now? It’s amazing.

Anfanger and Schimpf are repped by Lee Kernis and Brian Stern at Brillstein Entertainment Partners with legal by Ginsburg Daniels’ Lev Ginsburg.