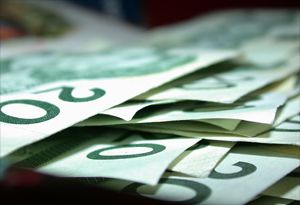 The not-for-profit organization awarded grants to a record-breaking 188 cross-platform projects in 2013, according to its annual report.

The Bell Fund, a not-for-profit organization that supports Canadian production, invested just over $16.5 million in a record-breaking 188 television cross-platform and digital media projects, according to an annual report released by the fund this week.

Some of the TV series and digital projects to receive financing through the fund’s production program in 2013 include Insight Productions’ Big Brother Canada 2 and its cross-platform project to enhance fan engagement from Secret Location, and Marblemedia’s Hi Opie! and Hi Opie! Come Along from Marblemedia Interactive.

That program awarded just over $3.4 million in grants to 53 projects in 2013, including Santa Quest from Tell Tale Productions and its accompanying mobile game, and digital platform enhancements for Super Channel/CineCoup Media’s Wolf Cop, OUT TV/MKW Productions’ The Face of Furry Creek – Season 2 and Thunderbird Films’ Some Assembly Required.

The Bell Fund also granted $141,500 in 2013 towards 24 professional development programs, including conferences, workshops, research and promotion.