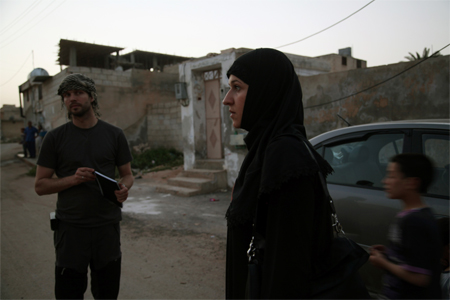 The film examines the personal and professional lives of four investigators at Human Rights Watch’s Emergencies Team, following them to conflict zones such as Libya and Syria, as they attempt to ascertain whether or not war crimes have been committed.

StreamDaily sibling pub Realscreen has learned from multiple sources with knowledge of the deal that Netflix picked up the 90-minute doc after being wowed by it at the Park City premiere. The deal is understood to be for a U.S. dollar sum in the very high six-figures, and covers the global territories Netflix is available in.

The film will have an awards-qualifying run theatrically, before launching on the video-on-demand service later this year.

The doc won the Cinematography Award for U.S. Documentary at this year’s Sundance Film Festival, where it had its world premiere in January.

E-Team was pitched to the international marketplace at the IDFA Forum in Amsterdam, in November 2012, where it won high praise from TV commissioners. Of the directors, Chevigny’s previous work includes the docs Deadline and Election Day, while Kauffman previously won an Academy Award for co-directing Born into Brothels.

The deal comes after Netflix last year made its first move into original documentaries, acquiring TIFF hit The Square as the launch title for its Original Documentaries banner.

A spokesperson for Netflix declined to comment on the deal.

Check out a clip from E-Team below: