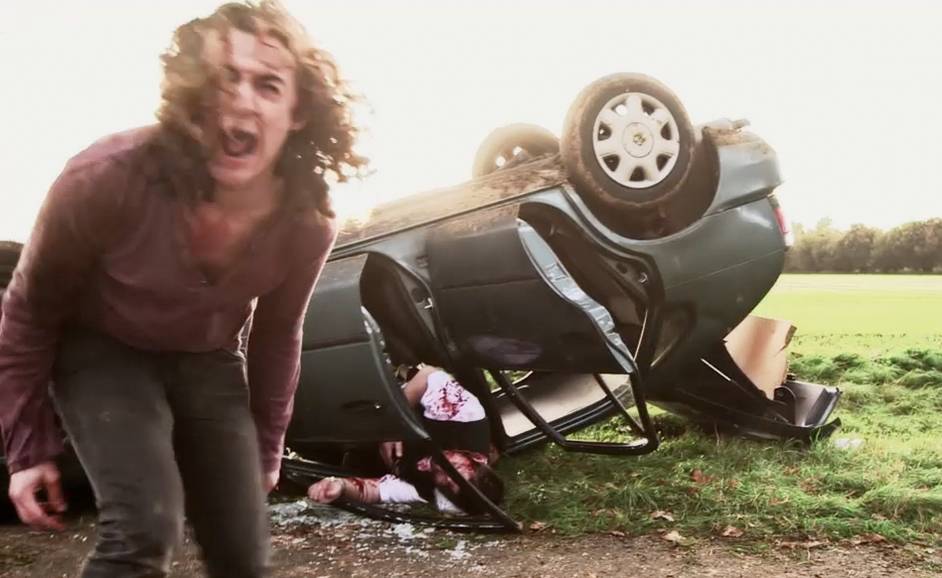 Wildseed Studios co-founder Jesse Cleverly on how horror web series Hungerford became a full-fledged feature, and where the film's distribution future might lie.

Faced with an overall budget of just £20,000, producer Jesse Cleverly, creative director of Wildseed Studios, was unsure of what to say when his 19-year-old co-writer/director/star Drew Casson enthusiastically told him of the CGI spaceship he envisioned for the climax of their horror sci-fi feature Hungerford.

“I didn’t want to patronize him or crush his spirit,” recalls Cleverly, who co-wrote the film’s story with Casson. “So I was like, ‘That’s a very interesting idea, Drew. How exactly do you plan on doing that?’ Three seconds later, we’re on a website where people who’ve built 3D models sell them, and we had a fully-rigged 3D spaceship for $150.”

This is not old-school micro-budget filmmaking as practiced by Roger Corman in the ’60s or Kevin Smith in the ’90s, and it’s a far cry from the bloated mega-budget mindset of today’s Hollywood genre films.

Hungerford‘s wealth of impressive full-facial burns and other nasty wounds were done by a 17-year-old student who taught herself special effects makeup on YouTube in 2 weeks. The score was sourced from Audio Network, an online library of pre-cleared music. For a car rollover, crew members held a green screen sheet behind the car while the camera (a Canon C300) was rotated. The cast is populated with young unknowns and its crew has an average age of 21.

In spite of all this, the end result looks impressively slick, especially after watching the crew list scroll by in the end credits in less than 5 seconds, instead of the 5 minutes (or more) that’s typical of most major studio films.

Hungerford had its world premiere at SciFi London at the National Film Theatre on Saturday. Now, the question is how to monetize Wildseed’s modest investment.

Cleverly would love to score a theatrical distribution deal and have a Blair Witch Project-style Cinderella story blockbuster – and Wildseed is rolling out a film festival strategy in hopes of achieving that end.

But he thinks where the audience and the money will more likely be found is on premium VOD platforms such as iTunes or affiliate networks such as Distrify, which markets a video player/rental system that can be embedded on websites.

“Let’s imagine that the price point is $10,” says Cleverly, of the Distrify mode. “I say to you, ‘Could you put this film on your Facebook page?’ For every stream that got sold via your Facebook page, you would make 10% of that.”

Cleverly and his partner, former Aardman Animations head Miles Bullough, had that model in mind when they founded Wildseed Studios in Bristol, England, last year. Their first hire was a community manager to build the company’s social media presence, because those online fans are “not just our patrons, but our marketing department,” Cleverly says.

Envisioned as a “next generation entertainment content incubator,” Wildseed launched with a bold initiative to make up to 50 investments of up to £10,000 in projects ranging from apps, games and books to web series, live shows and movies.

Hungerford was shot as a web series. But Cleverly, a former script editor for BBC Films, couldn’t help but impress a film-style 3-act structure on the plot, which is about a group of youths who see a series of casual violent acts in a small English town escalate into all-out carnage. As they edited the footage together, they saw that it was hard to parcel out in standard short-form web content chunks.

“Everyone was going, ‘Are you sure this isn’t a feature film?'” Cleverly recalls. “And we were like, ‘No. That’s ridiculous.’ Then we started looking at it with fresh eyes.”

They showed it to the festival director at Sci Fi London, and he gave them one the fest’s 3 slots at the National Film Theatre.

“So we were like, ‘Wow. We’ve got a feature film,” Cleverly laughs. “Let’s learn digital feature film distribution in a week, shall we? So that’s what we’re doing.”

Just in case Hungerford is successful, Wildseed has two sequels in development.

“They do get a little bigger in scale as they go along,” Cleverly says. “But if someone gave us £100,000 to make a film, we almost wouldn’t know what to do with it.”

Check out Jesse Cleverly, creative director of Wildseed Studios, at the Stream Market conference in Santa Monica June 2 to 3.