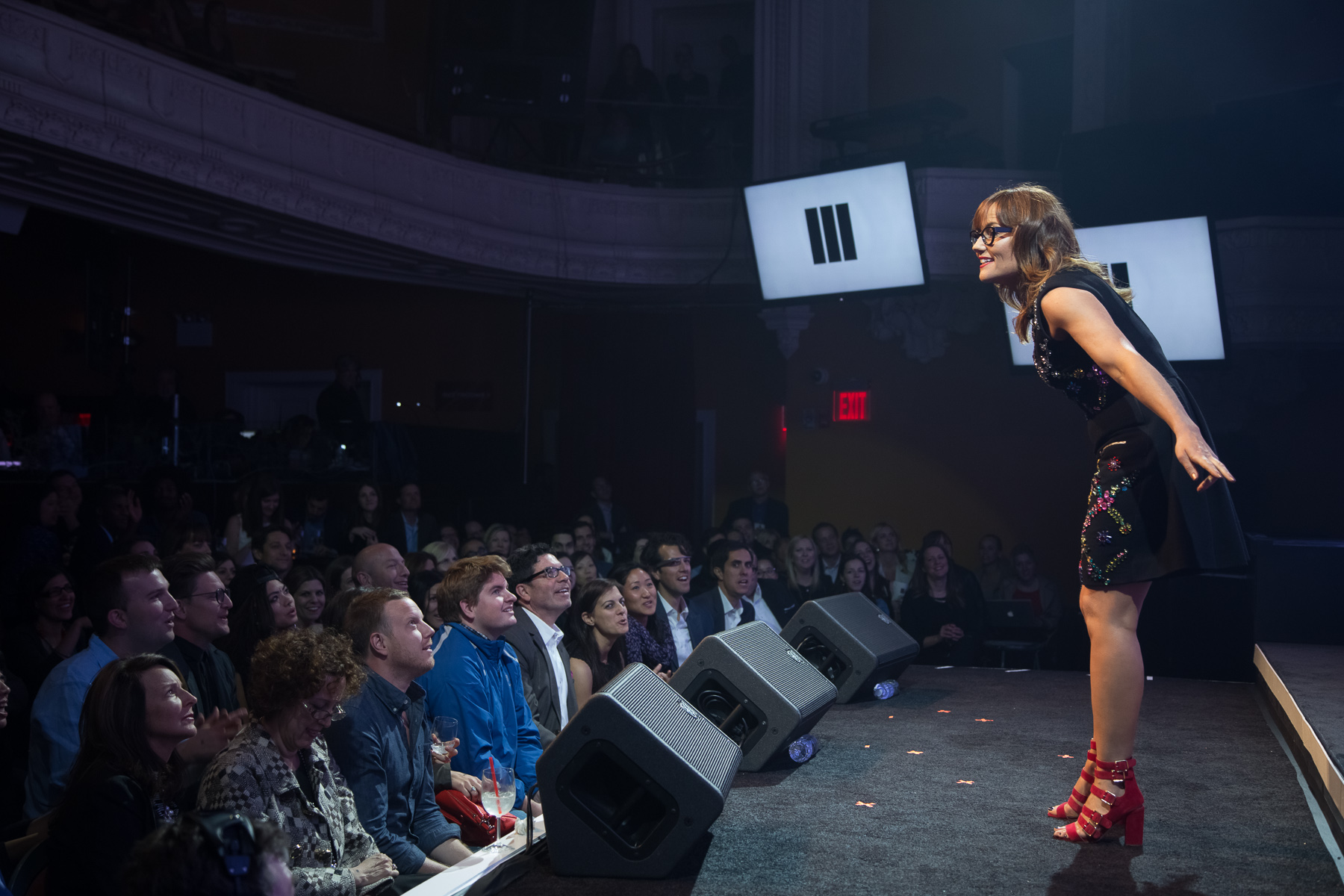 At the NewFronts, Maker Studios announced it's launching a new channel with Spurlock called Smartish, and a scripted show with See called Over the Top. Maker.tv and Labs@Maker were also unveiled.

Maker Studios’ executive chairman Ynon Kreiz started the night introducing Maker.tv, a web platform featuring all of its content in one place. With this new proprietary player, said Kreiz, Maker’s “combined rate of unique viewers will only be third behind Google and Facebook.”

The video aggregator is similar to what Conde Nast and Time revealed at their own NewFronts, suggesting that Maker is just as confident its own properties can attract viewers beyond YouTube. Maker.tv, currently in beta, will also feature windowed and exclusive content produced by Maker.

An animated Spurlock took the stage with Maker chief content officer Erin McPherson (pictured) to announce a branded-entertainment channel called Smartish. At launch, series offerings on the new vertical include Consider the Source, which will highlight economic and environmental journeys that products take to get from factories and into consumers’ hands. Maker and Spurlock are also collaborating on How to Win at Life, a series based on Charles Duhigg’s bestseller The Power of Habit, which examines the science and hidden psychology behind everyday choices or as Spurlock puts it, “How the choices you make are ruining your life.”

With Spurlock, Maker’s verticals are now up to 23, including other high profile projects like Maker Music, Maker Gaming, Maker Family and Maker Fashion.

Maker also previewed recently announced series Oh, You Pretty Things! and Ithamar Has Nothing To Say.

With files from Aaron Leaf