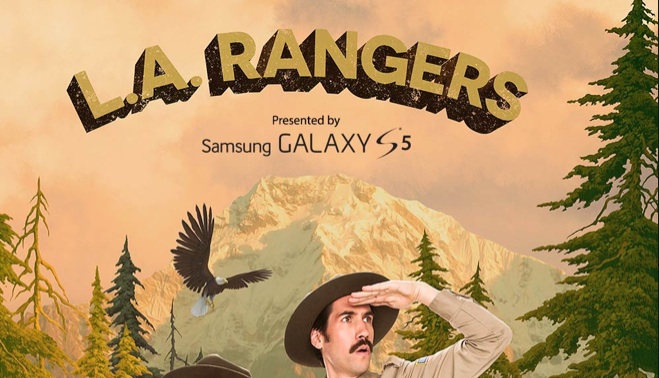 The digital platform of The CW Network has launched L.A. Rangers, a digital series created by and starring Hart Of Dixie star Wilson Bethel, with Samsung Galaxy on board as a presenting sponsor.

CW Seed has launched L.A. Rangers, a digital series created by and starring Hart Of Dixie star Wilson Bethel, with Samsung Galaxy on board as a presenting sponsor.

CW Seed, the digital studio of The CW Network, also announced Whose Line Is It Minis — two-minute webisodes that are extensions of the improv TV show hosted by Aisha Tyler. Samsung has also branded the video page for the show.

As well, four new digital series will premiere on the platform this summer, including the Veronica Mars spinoff Play It Again, Dick, co-written and produced by Rob Thomas, starring Ryan Hansen as himself. A new comedy from Alloy Entertainment, the company that produces sci-fi adventure series The 100 and Gossip Girl, will also debut this summer. The untitled digital comedy is about two best friends and roommates, one of whom starts dating the other’s recently single mom. Exec producers are Alloy Entertainment’s Leslie Morgenstein and Tripp Reed.

Previously announced series The Kelly Cutrone Project, a talk show hosted by the crotchety PR maven who also exec produces the show in association with DiGa Productions, will debut this summer, although no specific date has been announced.

The Real Backpackers is a corresponding digital reality series, also launching this summer as an extension of the show that got picked up for TV last month and debuts July 14.

Currently running series on CW Seed that have been picked up for new seasons are Husbands, The P.E.T. Squad Files, Very Mallory, and CelebTV on the CW.