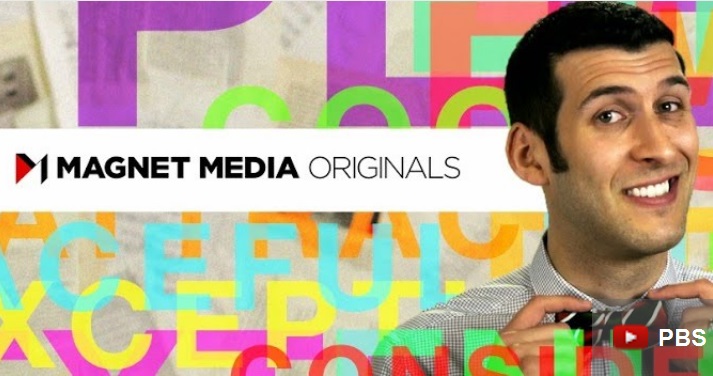 Joining the PBS Digital Studios network later this year is Frankenstein, M.D., a re-imagining of novelist Mary Shelley’s cult classic, with 8 episodes rolling out each month. Emmy Award-winner Bernie Su is the executive producer of the show that will follow the obsessive, eccentric Victoria Frankenstein through her medical experiments.

PBS Digital Studios made the announcement at their first Digital Content NewFronts presentation in New York where they introduced another three series:

Pancake Mountain, a reboot of the cult-favorite musical variety show for kids created by filmmaker Scott Stuckey, will launch this summer. The TV version of the show featured bands like Arcade Fire back in 2005, before Yo Gabba Gabba! started doing the same to target the Gen-Y parental cohort. A new episode will be released weekly, featuring characters from the original series, plus some new faces.

Two new series made in collaboration with Magnet Media debuted Monday on the PBS Digital Studios YouTube channel. They are Bongo Bongo (pictured in screengrab), in which host/writer Ethan Fixell explores the root of English words like “rant,” and Food Buzz, in which host Chris Hauselt offers viewers a look at the food blogosphere and the “history, science and psychology” (so many disciplines!) behind food memes.

Both series will release a new episode each week.

Since its launch in 2012, PBS Digital Studios has grown to more than 1 million subscribers. More than 30 PBS Digital Studios series, including local productions in partnership with PBS member stations, are available on YouTube, Roku, Xbox, Apple TV and PBS.org, and average more than 5 million streams each month.

Here’s a look at the first episode of Bongo Bongo:

Correction: The kids’ series Pancake Mountain is not produced by Pemberley as was stated in an an earlier version of this story.