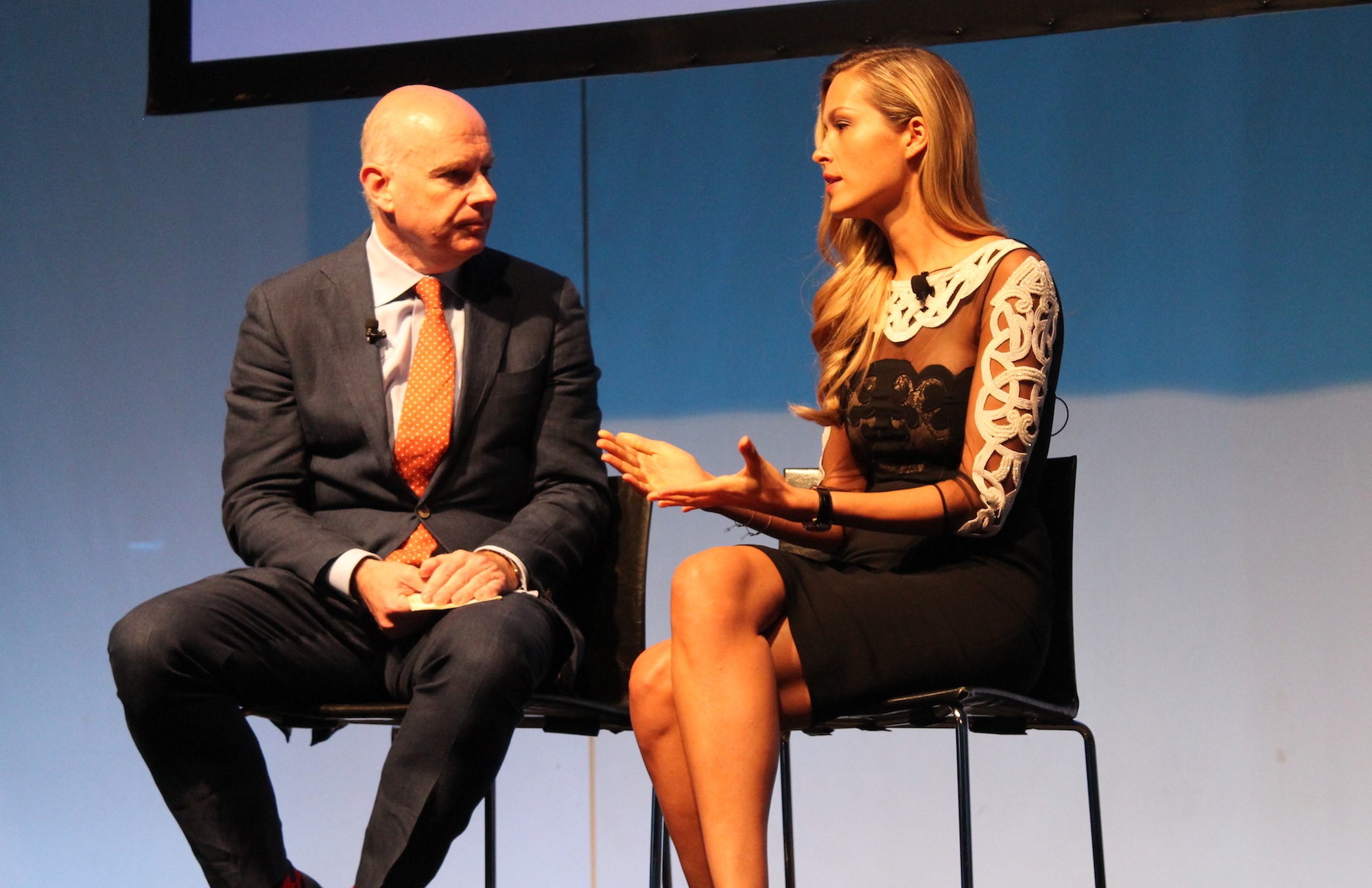 The Journal is also expanding its custom video production for advertisers with new studios in Hong Kong, London and New York.

As part of their slick NewFronts presentation in Manhattan Friday morning, the WSJ announced a variety of new shows and digital platforms as part of their investment in what editor in chief Gerard Baker calls “truly interactive video.”

According to Michael W. Miller, the journal’s senior deputy managing editor, Signal “will bring you now what everyone is talking about later” in the form of excerpts from top filmmakers and emerging talents, interviews with luminaries and a curated mix of short video dispatches from Journal contributors around the world.

For a taste of what’s to come, Baker did an on-stage interview (pictured) with Czech supermodel Petra Nemcova, who survived the 2004 Thailand Tsunami, about her work with children affected by the crisis.

Along with the new video new platforms, they will be continuing two of their original programs.

The Short Answer, hosted by Jason Bellini, will continue unpacking news using facts from experts and WSJ coverage, data and simple graphics. Billed as “the ultimate explainer,” the young, vibrant Bellini attempts to stand apart from existing network-news formulas, while explaining everything from the science of flight MH370 to markets and foreign policy. Dispatches will be no longer than two minutes, the length the WSJ has found (using metrics on completion rates and sharing) to be the video sweet spot.

Season 2 of Startup of the Year, a reality show that tracks 24 entrepreneurs as they undergo 20 weeks of competition under the guidance of 48 international business leaders, will feature a cast of all-female innovators.

Leveraging their 1,800 worldwide journalists and Storyful, the social news agency acquired by Newscorp last year, the Journal is expanding their custom video production for advertisers with 3 new studios in Hong Kong, London and New York.

According to Trevor Fellows, global head of advertising sales, the Journal is able to develop all forms of video advertising using precise data tools to give them an understanding of how customers interact and engage. It had 44 million streams in March, double a year ago. With the WSJ’s 32 strategic partners on every major platform including Apple, Roku and Youtube, they expect even more growth this year.