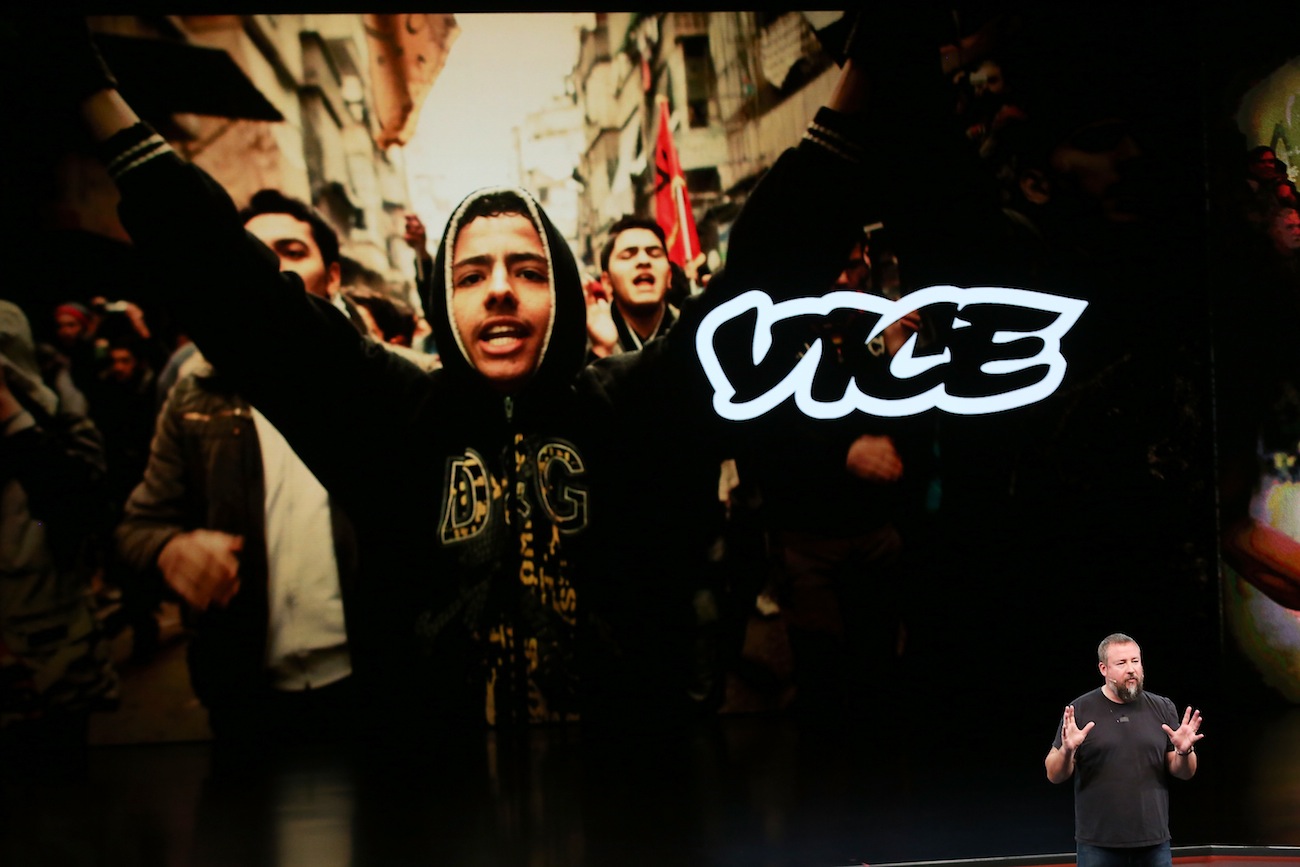 Vice to launch sports channel ahead of World Cup

The media company has also announced several new shows as part of its new programming slate, including Toxic, a Vice News show that will pull together all of their environmental reporting.

Vice is set to launch a new online sports channel in June ahead of the 2014 FIFA World Cup Brazil, company co-founder and CEO Shane Smith announced at their NewFronts presentation Friday in Manhattan.

Vice Sports will bring their stable of video-driven online channels to 9. The verticals are hosted on their site and and YouTube, where they’ve racked up 7 million subscribers.

Vice Sports’ mandate is to stay away from event coverage, focusing instead on the stories surrounding the games, on the lives of the athletes, and the fans. Vice World of Sports, a documentary show on the new channel, will be hosted by long-time Vice contributor Ryan Duffy, taking a deeper look at sports stories around the world.

In its trademark first-person style, Vice World of Sports will cover topics like the Rangers/Celtics soccer rivalry to reindeer racing in Norway, to mental health in the NFL.

“HBO is going to give me shit, but I don’t care,” he said acknowledging that this news was still under embargo.

Vice has recently launched and is in the process of launching dozens more new shows across their existing channels including Black Market, which will feature David Choe looking into the buying and selling of illicit goods from illegal guns in Miami, sex in the oil fields, and Codeine cough syrup in Los Angeles.

A yet unnamed show on Vice’s music channel will, like their sports and food shows, approach the subject from a different angle — pairing comedian Kathy Griffin with rapper A$AP Rocky, or embedding with punk rockers fighting Islamic fundamentalism in Indonesia.

Motherboard Roundtable will be a discussion show about tech innovation looking at life-changing inventions from electric motorcycles to smart rifles.

Toxic is a new Vice News show that will pull together all of Vice’s environmental reporting — for example, stories on the oil pirates in Nigeria; a visit to the garbage gyre in the middle of the Pacific Ocean; and chemical pollution in southern Ontario.

Fresh Off The Boat, a show on the recently launched Munchies channel follows chef and author Eddie Huang as he travels the world looking at food “as a way of understanding and observing the clash of civilizations” and cities in transition.

Brands who want to partner with Vice — and the company is still seeking sponsors for the new programming lineup — can create a custom media experience around the right show. Recent examples would be their work with AT&T, which has a mobile tech show. At the channel level, something like the award-winning The Creator’s Project, made in partnership with Intel, is also possible.

“Upfronts are weird because half of you are here to check out what Vice is doing. Some are journalists …. some are hopefully going to give us money,” Smith said.

The company also announced that Vice will be featured in the next YouTube advertising campaign this summer, which it’s doing as part of their Google Preferred initiative, announced earlier this week and which Smith attended.