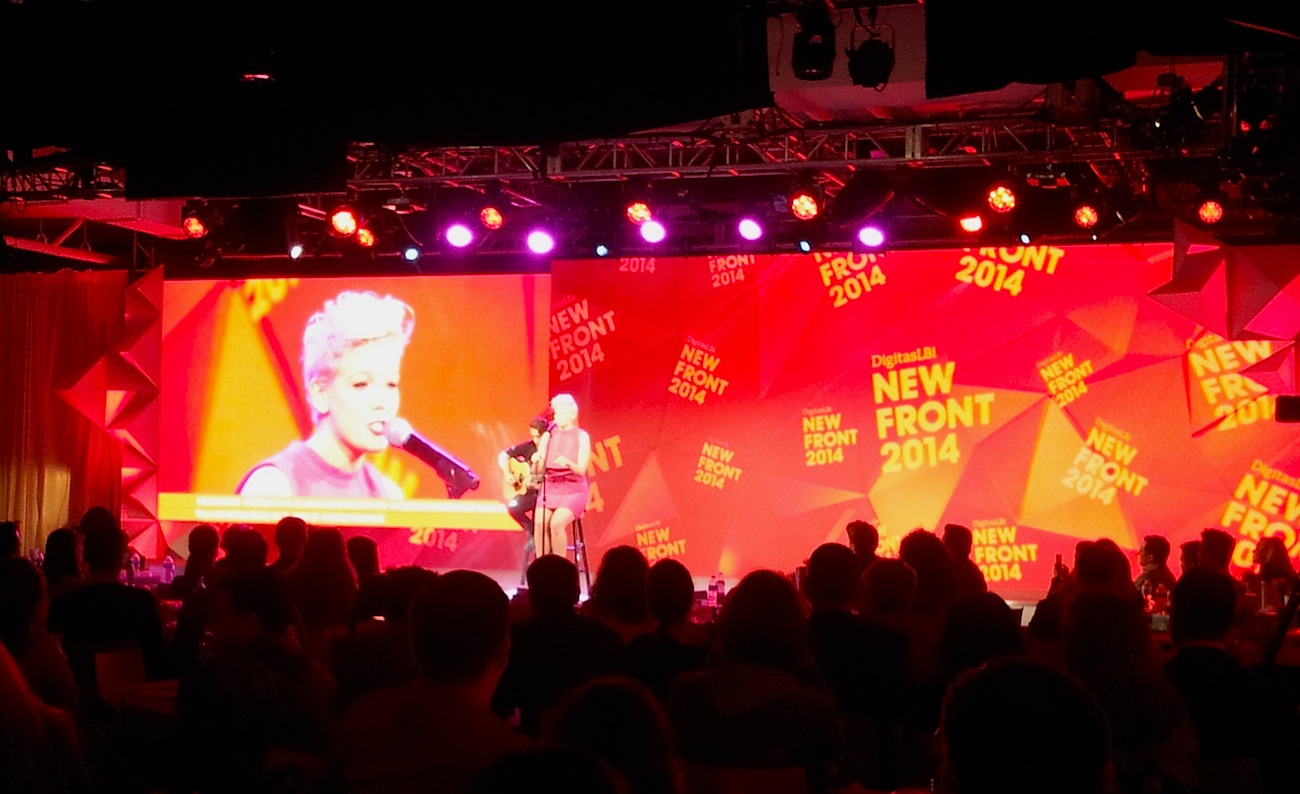 Both collaborative partnerships were announced at DigitasLBi’s packed NewFronts presentation, where the theme was “fearlessness in the age of uncertainty” and marketers were encouraged to take risks in the digital space.

Epic Digital, an arm of Epic Magazine, is a media company founded by journalists Joshuah Bearman and Joshua Davis. The pair have more than 20 non-fiction film and TV projects in development with talent such as George Clooney and J.J. Abrams and Bearman wrote a story for Wired (about the 1979 American hostage escape from Tehran) that was turned into Argo.

The one-year deal between Epic and DigitasLBi gives the agency a monthly first look at Epic’s global development projects — many of their stories have an international angle.

Terms of the deal were not disclosed, but Eric Korsh, SVP social content at the agency, says they are investing in Epic upfront “to give them the resources to go find these stories.”

As to why brands would want to invest in factual programming, Korsh says to just consider the type of content introduced at the NewFronts so far — AOL invests in unscripted entertainment and Yahoo is bolstering their news channels.

“The reason I think it’s important is around millennials requiring authenticity. Not just authenticity from a brand’s stance or point of view, but to make sure those stories in themselves are authentic. And what better way to bring that out than with real, serious journalists that are on the ground telling those stories?” he tells StreamDaily.

The BuzzFeed partnership is a bit different: a skill-swap alliance where members of the BuzzFeed team work within the agencies New York offices. Two clients have signed up for the program, said Tony Weisman, CEO DigitasLBi North America.

BuzzFeed staffers will be able to assist in creating content that reacts to breaking news, trends and popular culture, along with analysis of social content. The social media-focused digital company is pushing big into branded video, as was explained at their own NewFronts presentation earlier this week.

DigitasLbi is an arm of Publicis Groupe and a major player in the digital space — they also recently signed on with Google Preferred and have a partnership with MCN Collective Digital Studios.  At their four-hour NewFronts event, speakers from brands like CVS, Puma, and Old Navy talked about the importance of increasing brand value by creating content for the digital space.

Harley Morenstein of Epic Meal Time and Australian singer Betty Who (pictured), who rose to fame after a YouTube video of a Home Depot proposal (with her song playing in the background) went viral last year.