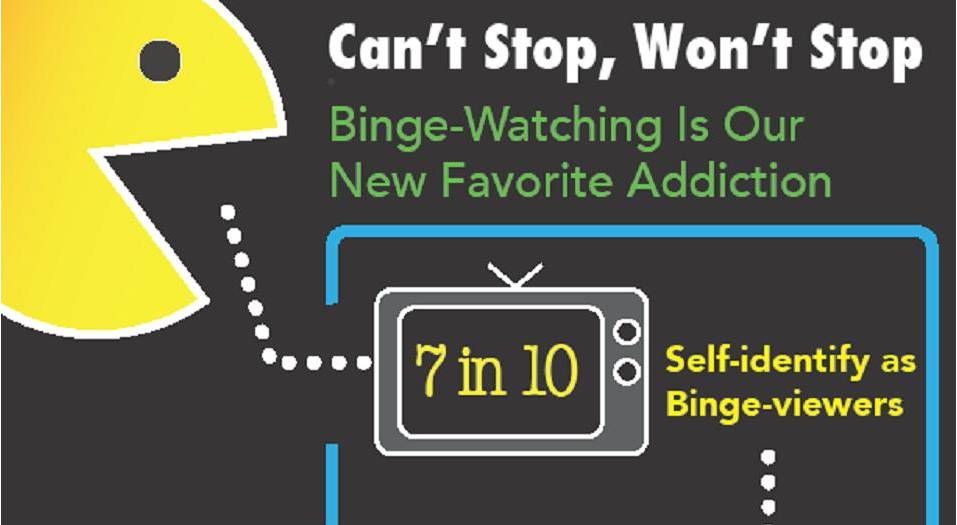 Americans addicted to binge viewing, willing to pay extra for it

A new study by Miner & Co. Studio finds that 90% of Americans binge-view on a monthly basis, and that two out of every five are willing to pay more to instantly access full seasons of their favorite shows instead of waiting for new episodes to air.

Those who’ve suffered strained eyesight and fatigue, and have ignored the repeated pleas to “come to bed,” already know it, and now a national survey conducted by New York-based Miner & Co. Studio, confirms it: binge viewing is addictive.

This is potentially good news for those in the SVOD business, as two out of every five people surveyed were willing to pay more to instantly access full seasons of their favorite series instead of waiting for new episodes to air.

Titled Can’t Stop, Won’t Stop: Binge-Viewing Is our New Favorite Addiction, the study found that seven out of 10 U.S. TV viewers consider themselves to be binge-viewers, an activity that the same percentage of respondents says is “addictive.”

Although there is no evidence that binge-viewing causes cancer or results in hairy palms, the study did note some unpleasant side effects to the habit, including:

It also casts a new light on popular notions about binge viewing preferences.

“A great deal of attention has been paid, with good reason, to the role and impact of binge-viewing on dramas such as Breaking Bad, House of Cards and Walking Dead,” said Miner & Co. Studio president Robert Miner in a statement. “However, we found that comedy is a favored binge-viewing genre that’s showing notable strength, as well.”

Data for the Can’t Stop, Won’t Stop survey was gathered during March 2014 from 800 U.S. TV viewers age 18 to 54 who have watch six-plus hours per week and have seen at least three episodes of a single show in one sitting at least once.