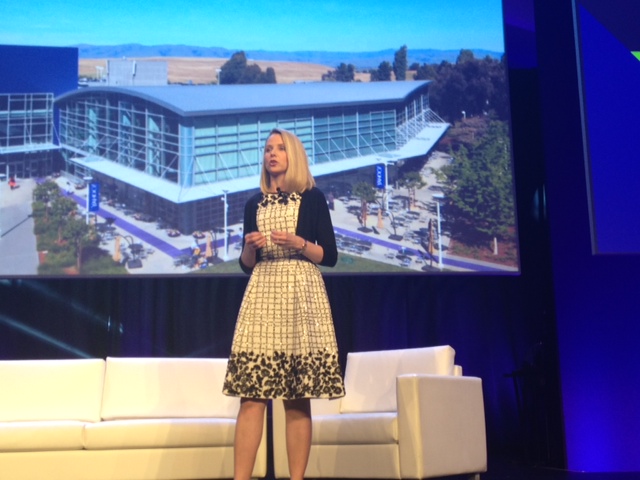 Yahoo to stream one concert a day with Live Nation Entertainment

Yahoo is partnering with Live Nation Entertainment to stream one concert a day on Yahoo Live, the company announced at their Digital Content NewFronts Presentation on Monday.

“The most important part is to get artists to participate. It’s got to be quality, it’s got to be consistent,” Rapino said. The concert producer was looking for a distributor that had eyeballs and reach necessary to make a program successful, and they found the right partner in Yahoo, he added.

Kellogg’s is on board as the first sponsor on the Live Nation channel, said Kathy Savitt, CMO at Yahoo.

The Yahoo presentation was opened by CEO Marissa Mayer (pictured). Announcements are being made throughout the evening, including another Yahoo Live initiative — a partnership with the NFL to bring a new digital experience, NFL Now, to Yahoo Sports. It will feature instant highlights of in-progress match-ups, live stats, and live analysis.

Another new comedy is Other Space, a galactic adventure set in a universe far stranger and more dangerous than ours, from three-time Emmy nominee Paul Feig (Freaks and Geeks, Bridesmaids, The Office).