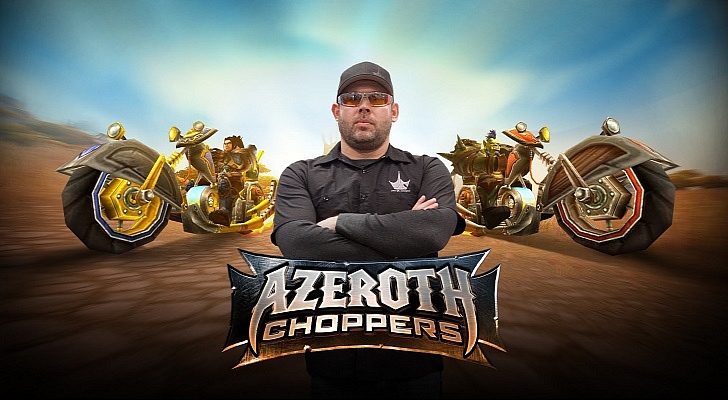 In the series, two teams of experts hand-picked by Paul Jr. Designs compete to create an epic chopper based on one of the two warring factions in Blizzard’s World of Warcraft, the Alliance and the Horde. It will climax with viewers voting on which team’s bike will be recreated within World of Warcraft as a free in-game mount. Paul Jr. will lead the design teams guided by Blizzard’s Chris Metzen (Team Alliance) and Samwise Didier (Team Horde).

Azeroth Choppers is produced by reality TV powerhouse Endemol USA, which is responsible for such hit series as CBS’ Big Brother, ABC’s Wipeout, and the syndicated daytime talker Steve Harvey.

A division of Activision Blizzard, Blizzard Entertainment is best known for the Warcraft, StarCraft and Diablo video game franchises.