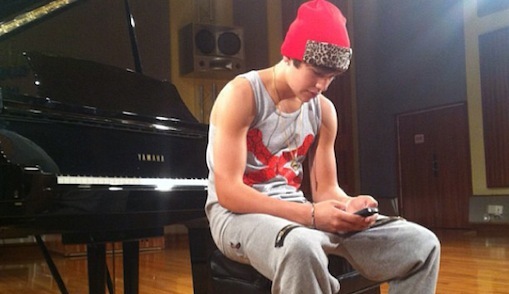 The teen pop star has launched his own channel on the ShowMobile app in a rev-share agreement with the platform.

Streaming sensation Austin Mahone is learning a thing or two about streamlining. The teen pop star has launched his own channel on the ShowMobile app that will aggregate all of his social media activity and exclusive content into one mobile hub.

The 17-year-old’s popularity is steeped in the world of social media, having first risen to popularity as a YouTube star a la Justin Bieber back in 2011. To date, he’s enlisted close to three million YouTube subscribers and more than 360 million YouTube views on his channel.

Mahone’s presence on the new ShowMobile channel will allow his fans to earn ShowMobile stars, which can be used to buy each other virtual goods and to qualify for and win fan experiences and prizes. Fans who download the ShowMobile app will get a first glimpse of the exclusive content that will be found on the Austin Mahone channel as the fifth and final episode of Mahone’s #TourLife series.

Mahone and ShowMobile, which is based in Denver, Colorado, will share revenue for virtual goods and in-app advertising as part of the agreement.

The COPPA-compliant mobile/social ShowMobile entertainment platform was created by CEO Eric Foster White, a Grammy-nominated former producer for The Backstreet Boys and Britney Spears, as a way to reach an increasingly mobile tween and teen audience. The app is designed to harness the power of online video, social network and text messaging.

Mahone’s channel is the second on the free app, which can be downloaded on Android and iOS devices. The app’s inaugural channel is a six-month-old original made-for-mobile family series called HitStreak, which follows the lives of four aspiring teenage singers in Miami working to make their dreams of becoming pop sensations a reality.