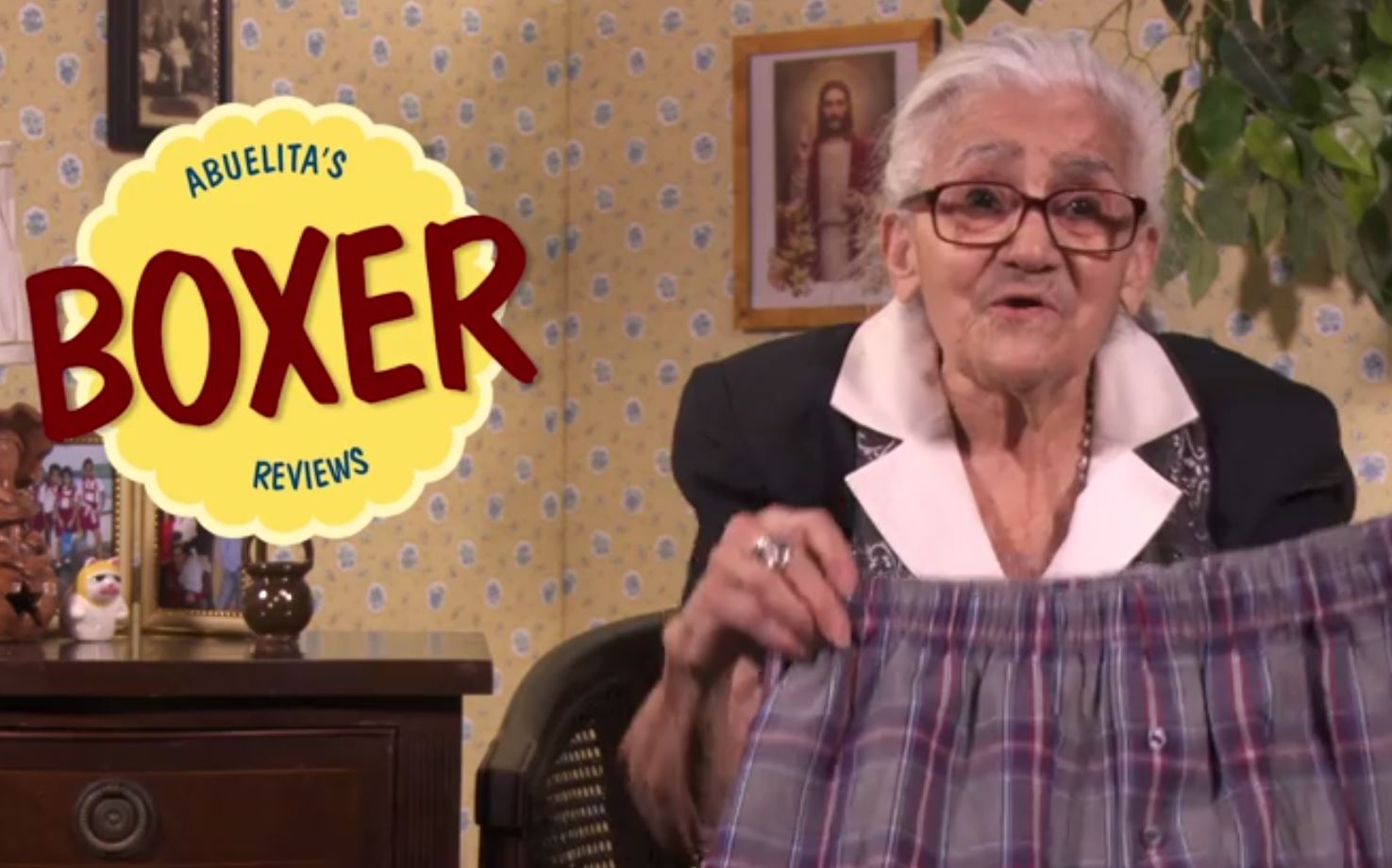 Targeting 15- to 30-year-old Latinos, Flama features premium original and curated English-language comedy, music, lifestyle and sports programming created exclusively for digital platforms. It has both a YouTube channel and a standalone site.

This week, it will be premiering a slate of five new original series – Super Accurate Soccer History, Left Unattended with D-stroy, Drop the Mic with Becky G, Abuelita’s Reviews (pictured) and The Johnny Sanchez Show.

Univision and Bedrocket are co-investors and creative partners in the digital network, which was first announced during Univision’s Newfront presentation in May 2013.

Early in its development, Flama engaged Latino stand-up comedian Al Madrigal (The Daily Show, About A Boy) as an advisor. On Wednesday, the network also announced the hires of MTV Networks vet Alexis Tirado as managing editor for TheFlama.com, and Yamin Segal,  creator of the indie web series East Willy B, as director of programming and production.

As part of its ongoing commitment to digital, earlier this year, Univision launched La Fabrica UCI, an in-house production studio based in New York.