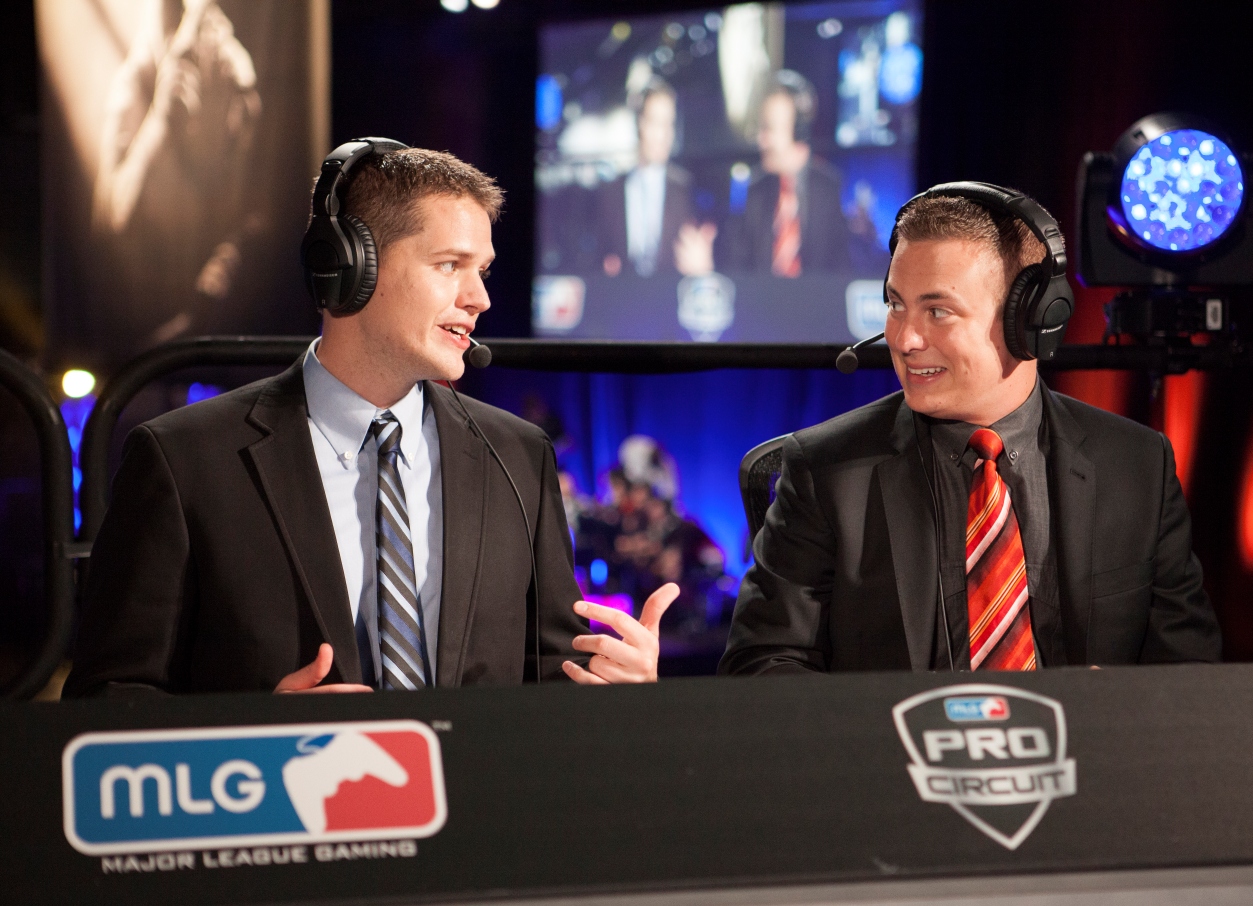 Machinima game over: Fwiz on how he plans to restart with MLG

Top eSports personality Ryan "Fwiz" Wyatt tells us why he's returning to Major League Gaming as VP of programming after a stint at Machinima.

Top eSports personality Ryan “Fwiz” Wyatt is rejoining Major League Gaming (MLG) as VP of programming, the company announced on Thursday. He returns to MLG after a three-year stint at gaming-centric multichannel network Machinima, where he served as head of live and eSports.

“If I can make an impact on the eSports space like Roone Arledge did for Sports, I’ll be ecstatic.”

Wyatt (pictured, right, with Chris Puckett) launched his eSports career with MLG six years ago, serving as the head of online tournaments on GameBattles and an MLG event referee.

While Wyatt is best known to the public for his work in front of the camera as a commentator, his new position at MLG gives him the chance to do for professional-level competitive gaming what pioneering ABC exec Roone Arledge (Monday Night Football, Wide World of Sports) did for traditional TV sports broadcasting in the ’60s and ’70s.

“If I can make an impact on the eSports space like Roone Arledge did for Sports, I’ll be ecstatic,” Wyatt tells StreamDaily, when queried about the comparison. “As much as I love being in front of the camera, I enjoy running the business side of the industry more. As a commentator, I’m inspired by Colin Cowherd and John Madden. As a business mind, I’m inspired by Ryan Kavanaugh and Warren Buffett. Fortunately for me, I can continue to wear both hats at MLG.”

Wyatt’s return comes on the heels of a 1376% increase in viewership in Q1 2014 for MLG’s premium video platform, MLG.tv, which has had 60% month over month growth since it launched late last year.

With Wyatt’s arrival, Chris Puckett moves to VP/executive producer to focus on the continued development of MLG’s popular news show eSports Report and all of MLG’s Pro Circuit broadcasts.

Wyatt will work with MLG.tv’s growing roster of eSports leagues and personalities and MLG’s in-house production studio to develop premium MLG.tv programming for its global audience.

“As VP of programming, I want to empower content creators to elevate and expand beyond just UGC live streaming,” Wyatt says, via email. “We are a premium destination for live content, and our programming needs to always reflect that. There’s a huge opportunity for brands and MLG talent to elevate their streaming content and be a part of this movement. ”

As big as Wyatt is in the eSports world, he’s an unknown commodity to non-gamers. He admits to getting funny looks when he tells people he does commentary for video game competitions.

“It’s part of being involved in such a progressive movement inside of the gaming industry,” Wyatt says. “I guess the only way I can explain it to them is, I am like the John Madden only for Call of Duty, a game millions of people watch. It’s been interesting to run programming at a high level at Machinima and now here at MLG, while still maintaining my role as a commentator and personality.”