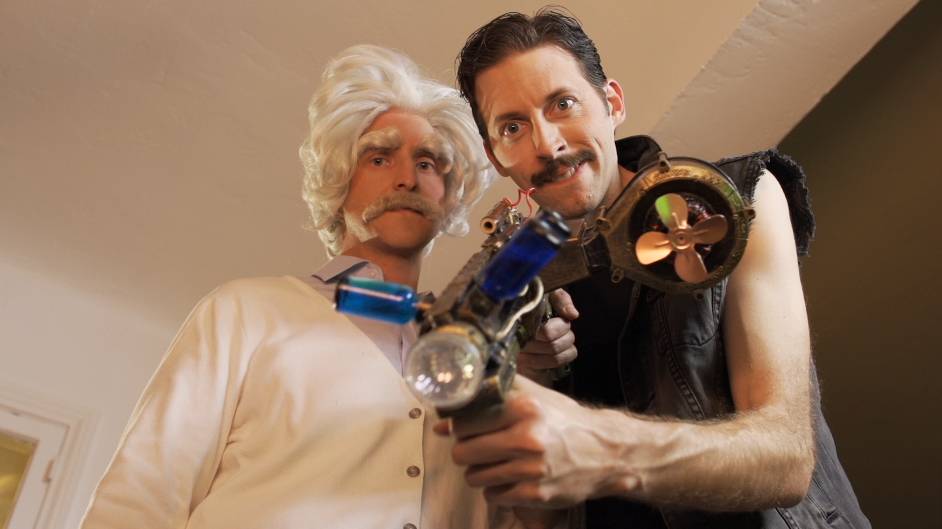 The shows are being developed for NBCUniversal's channel websites, Hulu and VOD sites, and many of them will be made in direct collaboration with advertising partners.

NBCUniversal on Tuesday announced the launch of a robust, original video programming initiative that will be promoted across the company’s TV networks and featured across its digital platforms as well as on national video-on-demand channels.

Universal Cable Productions (UCP) will unveil more than a dozen original digital video projects including new series Tesla and Twain (pictured) and Last Single Girl. UCP is also developing additional original series in collaboration with 72 and Sunny Productions. The prodco is a division of the L.A.-based ad agency 72andSunny, whose clients have included Activision, American Legacy Foundation/truth (sponsors of the Hulu docu-series My Side of the Sky), Anheuser-Busch, Benetton, Carl’s Jr./Hardee’s, ESPN, Google, Samsung, Smirnoff, Starbucks and Target.

Debuting first on various digital platforms including the company’s channel websites, Hulu and VOD sites, many of the digital series will be made in direct collaboration with advertising partners. For the time being, the shows will only be available in the U.S.

The first series from Universal Television to launch on NBC.com will be Saturday Night Line (pictured, left) in conjunction with Broadway Video’s Above Average Productions, an online comedy network and digital studio. The show is an interactive digital series featuring the super fans who wait in the SNL standby line outside of 30 Rock.

Tesla and Twain is a comedic series loosely based on the real friendship between the great author and the great inventor, and Last Single Girl tells the story of a single, over-educated and under-employed young woman.

NBCUniversal has recently been bolstering its TV Everywhere digital team, with the appointment of Alison Moore as TV Everywhere’s general manager and executive vice president, in the content distribution group.

“This original, digital-first programming, scaled with the unmatched resources of our company and our production partners, underscores the unparalleled opportunities we can create,” said Linda Yaccarino, president, advertising sales, NBCUniversal, in a statement.