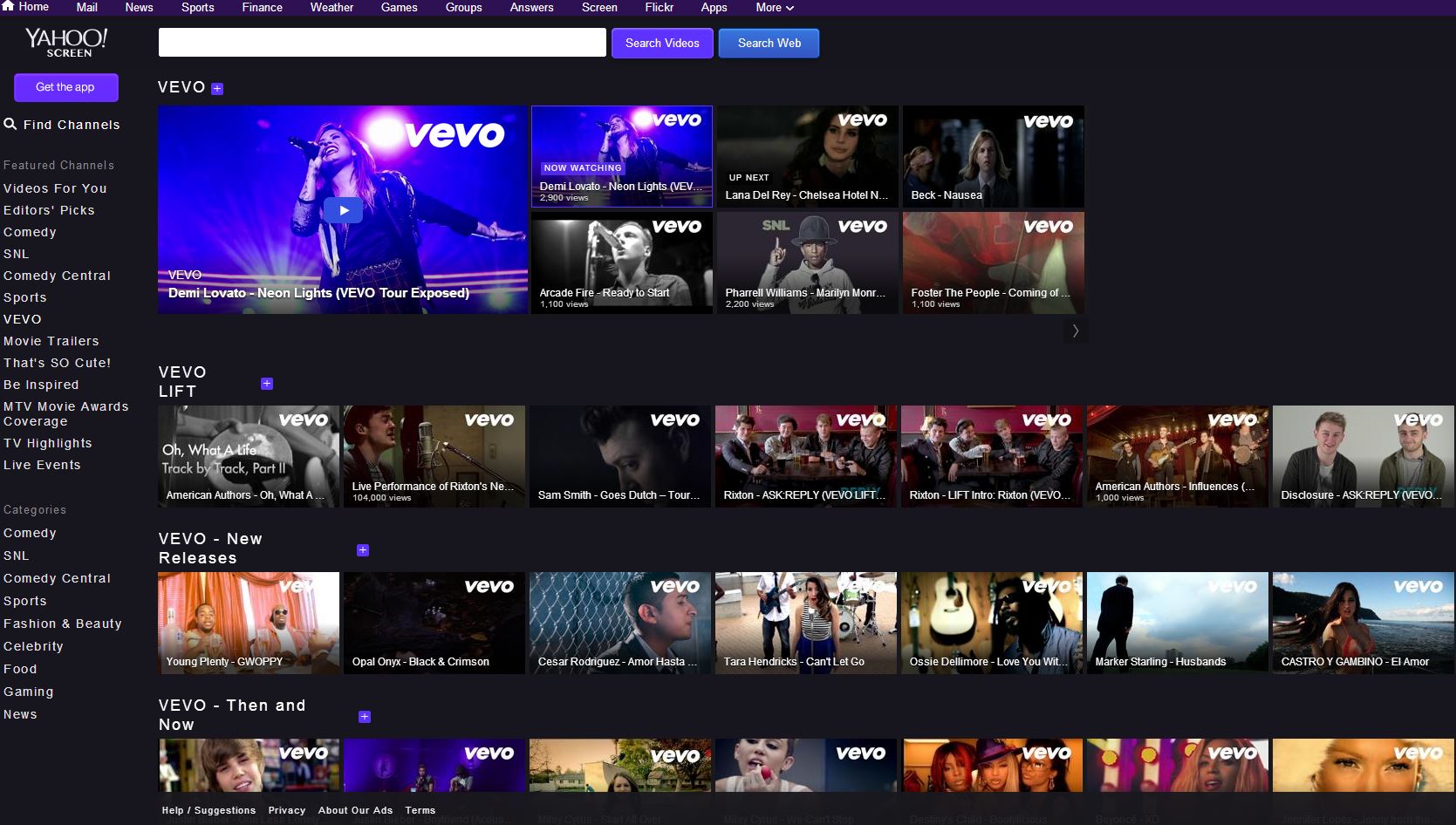 Yahoo and Vevo have extended their partnership, allowing viewers in the U.S. and Canada to stream Vevo's 100,000 music videos, live concert events and original programming via Yahoo Screen.

The deal allows users to stream music programming, including exclusive premieres and original shows such as Idol Insider and Lyric Lines (which was recently renewed for a second season) on a dedicated Vevo page on Yahoo Screen in the U.S. and Canada. In the coming weeks, the partnership will extend to U.K., Germany, Spain, France and Italy, as well as the Yahoo Screen mobile app.

The companies’ partnership, which kicked off in 2012, previously syndicated Vevo’s programming to Yahoo Music.

“Yahoo has the potential to be one of our largest partners,” said Rio Caraeff, president and CEO of  Vevo, in a statement. “Our launch across Yahoo Screen and, soon in more countries and on more platforms, is a big win for viewers.”

Image: Screengrab of the Vevo page on Yahoo Screen.