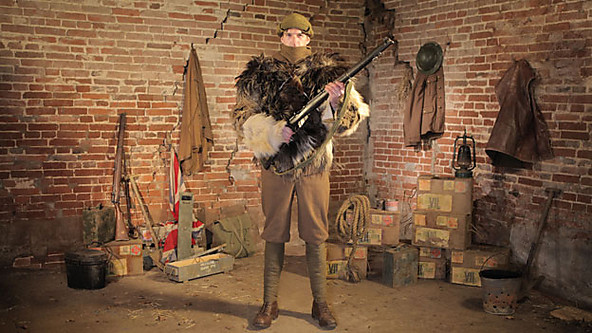 The BBC iPlayer app will be the exclusive home for WWI Uncut, a 12-episode short-form documentary series exploring The Great War.

Produced by Ballista Media, the 12-episode short-form series explores The Great War (as it was known before WWI) from war myths to weapons testing.

The first three episodes are “Trenches & Barbed Wire,” “A Soldiers’s Kit” and “Breaking Deadlock.” Historian Dan Snow will be the series’ lead host (or, as the Brits say, “presenter”), alongside other familiar U.K. TV personalities including Michael Douglas (The One Show), Dr. Saleyha Ashan (Trust Me I’m A Doctor) and Sam Willis (Nelson’s Caribbean Hell-Hole).

Last month, to mark the centenary of the war, the BBC made a remastered version of The Great War Interviews, a series of conversations with WWI veterans, available via the BBC iPlayer. But, as a rule, the programming for the BBC iPlayer focuses on more youthful subjects. The British broadcaster is positioning the app as a platform for up-and-coming British talent to showcase their first work.

The British broadcaster has commissioned two seasons of comedy pilots on BBC iPlayer called “Comedy Feeds,” as well as a film about sci-fi fandom titled My God, It’s Full of Fans (w/t) from first-time documentary directors Barry Nugent and David Monteith, co-founders of the British podcast sensation The Geek Syndicate.

Last month, three original drama shorts went live on iPlayer – Flea, Tag and My Jihad. The BBC has also made exclusive content for the app to tie-in with the 50th anniversary of Dr. Who and the season 3 premiere of Sherlock.

The BBC iPlayer for iPad and iPhone can be downloaded from the Apple App Store in the U.K. and various Western European countries, but it is not currently available in North America.