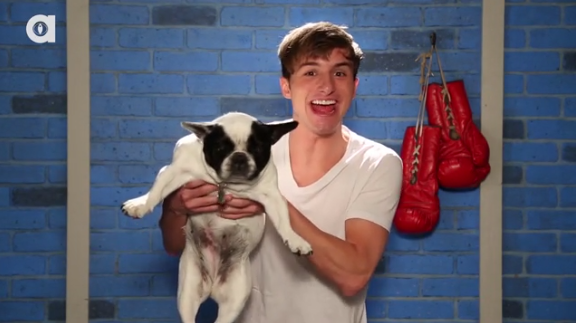 Shot in the DDN offices in San Francisco, the shows are quick and fun, blending original production footage and Discovery library assets. Most episodes are created within a single day, and some can be produced within two hours. A quick turnaround is imperative because one of the new series, Anyhoo, airs twice a day, seven days a week.

Anyhoo is a snarky take on the day’s online news in entertainment, social media, politics and sex. Different influencers take turns hosting the show — so far they include Catie Wayne (Boxxy, who also works with Discovery’s Animalist network), Tay Zonday, whose music YouTube channel has 800,000 subs, and Tara Long, former host of Revision3’s Rev3Games and Destructoid.

The other new series, Cute Combat, is hosted by 20-year-old YouTuber, actor, comedian Lucas Cruikshank, who created the fictional online character Fred Figglehorn. Airing every Monday on Animalist, in Cute Combat Cruikshank seeks out animal videos and pits them against each other, asking the audience at home to share which clip they think is the most adorable. It’s a very scientific process, to ultimately crown the King of Cute. Check out the first episode below.