At his keynote at MIPTV in Cannes on Tuesday, Alex Carloss, YouTube's global head of entertainment, spoke about the importance of embracing changes in media consumption. 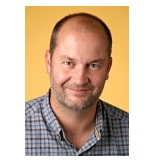 An audience lives within borders, while a fanbase breaks those borders down, said Alex Carloss, global head of entertainment at YouTube, during a keynote address at MIPTV in Cannes on Tuesday.

The YouTube boss focused on four ways that fans — whom he sees as lean-forward consumers of content; curating, creating, commenting — have begun to reshape media. These include, fans ignoring timeslots; fans becoming talent; fans paying tribute; and fans blurring borders.

“No one cares where content comes from, as long as it is good,” Carloss said on the last point. “Over 60% of our creators’ views on YouTube come from outside their own country.”

For instance, the Montreal comedy festival’s Just For Laughs YouTube channel, which late last year partnered with Maker Studios, has 97% of their views coming from outside of Canada, Carloss said.

He also gave examples of successful producers and content creators who have chosen to evolve with the changes in patterns of consumption, utilizing online video to build a bigger fanbase and reach new audiences.

Carloss says he believes one of the factors that allowed Disney’s Frozen to have strong staying power at the movie theaters — falling out of the #1 spot, then reclaiming it six weeks later — is because the company allowed the public to create covers of the hit song “Let It Go” on YouTube.

“The studio could have issues [with] copyright claims and they would have had to take them down. They made a different choice, a fan-friendly choice,” said Carloss, referencing popular covers, like this one (below video) by singer Alex Boye feat. The One Voice Children’s Choir (screengrab), which has generated more than 30 million views.

He also referenced the online efforts by talk-show  hosts who are duking it out in late-night TV timeslots: Jimmy Kimmel, Jimmy Fallon and David Letterman are all seeking to attract younger audiences by posting sketches and segments on YouTube. According to Carloss, some of this content can attract bigger ratings on YouTube than on TV: Kimmel’s Halloween candy bit for example, attracted 108 million views – 16 times the number of people who watched the same segments on TV.

“He gets it. He loves a good prank,” said Carloss of Kimmel’s viral-video success, including #KimmelYouTubeFilm, where the host would adapt popular YouTube videos into big-budget Hollywood movies. Check out Bitman Begins below:

As consumption of a show’s content grows on YouTube, so do its TV ratings, adds Carloss, citing research with between Google and Nielsen.

“Allow fans to pay tribute and you will see incredible benefits of their passion,” he said.