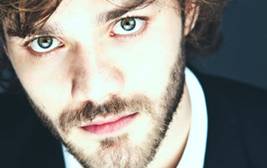 Produced by The Weinstein Company, the streaming service's new series about the Italian explorer (starring Lorenzo Richelmy) has commenced shooting on locations in Italy and Kazakhstan and at the new Pinewood Studios in Malaysia.

The Weinstein Company announced on Tuesday that it has begun production on the Netflix original series Marco Polo, set to debut in late 2014.

The ten-episode first season is being shot in Italy, Kazakhstan and the new Pinewood Studios in Malaysia.

The series follows the titular 13th Century Italian explorer, played by Lorenzo Richelmy (pictured), on his journey to war-torn China, described in a press release as “a world replete with exotic martial arts, political skullduggery, spectacular battles and sexual intrigue.” It is unclear if the series will show Polo discovering pasta.