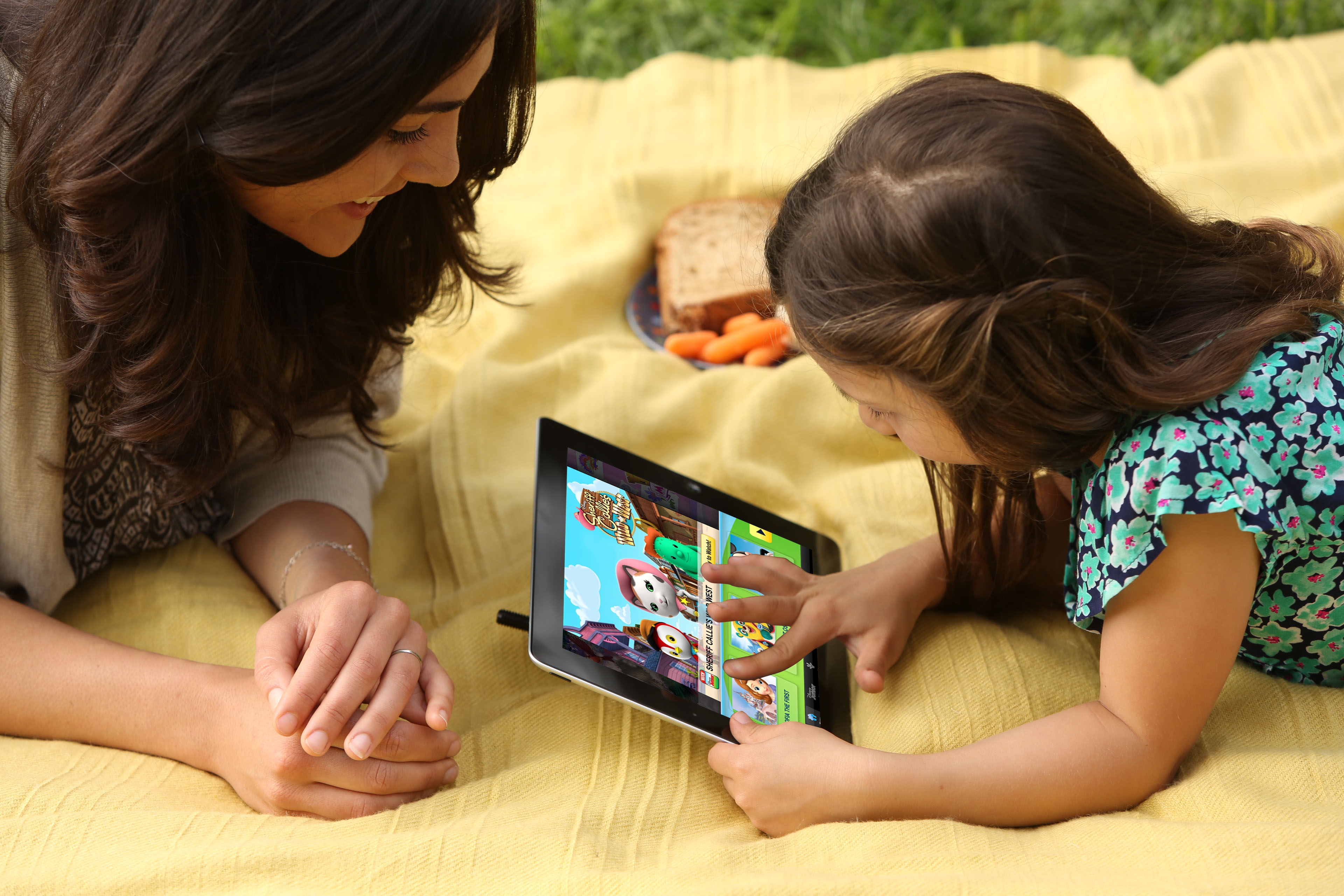 Disney, Nick and Sprout dish on creating content for the digital-first age

As viewing migrates to streaming and mobile, kids' networks open up about recent digital launches and how they plan to serve and attract these very early digital adopters.

According to a 2013 study by the Georgia Institute of Technology, more than 90% of young people are considered to be digital natives in the developed world, a statistic not lost on major U.S. kidnets Nickelodeon, Disney Channel and Sprout. In their efforts to offer the best, most accessible content to tech-savvy kids, wherever and whenever they want it, all three broadcasters have recently launched new innovative streaming-based services aimed to educate and entertain their youngest viewers.

It’s a clear sign of the times, given the impact SVOD services like Netflix have had on more traditional linear television.

While the nets are going to great lengths to establish a non-linear presence with core six to 11 viewers, much of their effort in the SVOD and app space is focused on preschool programming. A smart move considering the percentage of U.S. kids under two who used a mobile device in 2013 rose to 38% from 10% in 2011, according to research firm Common Sense Media’s 2013 report, Zero to Eight: Children’s Media Use in America.

Beyond the affinity preschoolers have for tablets and smartphones, Gary Pope suggests another reason why broadcasters might be interested in appealing to the demo in this way. The childhood development expert and co-founder of U.K.-based family research and branding agency, Kid Industries, contends that kidnets have a lot to gain by thinking differently when it comes to digital. He says digital-first experiences for preschoolers, if well executed, could be more beneficial when it comes to gaining and retaining new viewers as they grow older.

“If a viewer has a good learning experience that is playful and emotive, and solidifies a memory that he or she is able to recall, then it’s much more advantageous for companies to gain a customer through an interaction rather than the passive viewing of linear TV,” says Pope. 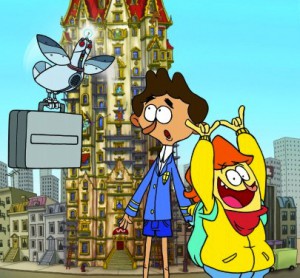 To that end, almost a year since it introduced the free interactive Nick App, which has amassed more than eight million downloads globally since its U.S. debut in February 2013 and will carry the exclusive digital series Welcome to the Wayne (pictured), Nickelodeon turned its attention to preschoolers and unveiled My Nick Junior. The commercial-free, interactive VOD channel is inspired by the Netflixes of the world and personalized media services like Pandora.

First launched in 2012 on CanalSat in France, the platform is now available to more than two million Virgin Media TiVo homes in the U.K., to Verizon FiOS customers in the U.S., and advanced discussions are underway between Nick and five more international partners across three continents.

Nickelodeon Group president Cyma Zarghami says staying on top of digital trends is something the network can’t afford to ignore, despite the fact that 95% of all preschool viewing in the U.S. still takes place via linear TV.

“Television is where we’ve been able to build our brand equity and trust with the audience, but at the same time we don’t want to be caught not knowing where the audience is going,” says Zarghami. “When and if the day comes where there is a true shift in the viewership, then we will have as much equity and quality in both places as we possibly can.”

Further growing its digital footprint, Nickelodeon is releasing the long-awaited Nick Jr. App in the U.S. this spring as a free, live-streaming branded platform for iPads. Its launch will coincide with the debut of more than 100 hours of new preschool content for Nick’s 2014/15 preschool slate, including Dora spinoff Dora and Friends and STEM curriculum-based Blaze and the Monster Machines.

The ad-supported app, according to Nickelodeon Group SVP of Nick Digital, Matthew Evans, features live-streaming of network shows, educational activities, short-form videos and a unique function that lets characters like Dora the Explorer and Twist from The Fresh Beat Band respond to users through tap interactions. Full-length on-demand episodes and the linear feed of Nick Jr. can also be accessed by households that subscribe to a TV service package with Nick and any one of its 18 distributors.

“The concept of WATCH is still really new. We still have a lot to do in educating consumers on what it is and how to get it.”

Evans says it is not a re-skin of the Nick App and was developed specifically for preschoolers as the primary users, as opposed to My Nick Junior, which is more of a parent-driven platform. “We’re giving kids the opportunity to feel empowered through guided exploration and engagement with the Nick preschool characters that they love,” says Evans.

Meanwhile, staying focused on the SVOD revolution has been top-of-mind for Nick rival Disney, but the Mouse House has opted for a slightly different preschool strategy. 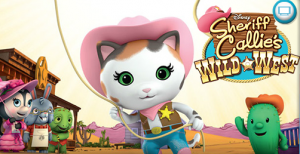 The app-launch strategy, a first for Disney, was risky but it paid off. Sheriff Callie’s television debut drew record ratings and was the top-ranked show in its time period across all preschool demos. The series also generated more than 23 million video views via the WATCH Disney Junior iOS app between November and January.

“We had a lot of conversations about whether or not we should even try this type of launch, and there was a lot of talk about cannibalization of content, but we just didn’t see that,” says Lauren DeVillier, VP of digital media for Disney Channels Worldwide.

She attributes the launch’s success to a combination of factors—including the quality of the show’s stories and characters and Disney’s use of short-form teasers to introduce kids to Sheriff Callie’s cast before making full episodes available on the app.

“The WATCH apps stand up to all of the other distribution portals based on their content alone. When you look at Hulu and Netflix, it is the content that people are attracted to. Our apps are only as good as the content inside of them,” contends DeVillier. She adds that the tricky part of promoting a digital-first show is managing the plethora of media access points consumers use today. “We had to be really clear about messaging. In addition, the concept of WATCH is still really new. We still have a lot to do in educating consumers on what it is and how to get it.”

In December 2013, a total of 11 of the top 50 grossing kids apps for iOS were based on Disney properties (Disney Junior Appisodes included), according to digital analytics firm App Annie. “For us, launching Appisodes was a natural evolution of getting kids really engaged in the stories and being able to move narratives forward,” says DeVillier.

While Disney continues to dip its toes into the digital-first space for preschool, Nickelodeon’s approach has been to premiere new preschool programs to its built-in TV audience first. “The idea that we would introduce content to eight million homes, when we have 95 million homes to do it with, is counter-intuitive to the business we’re in. As long as the TV platform [for preschool] is bigger than the digital platforms, we’ll continue to use the TV channel as our mother ship to introduce content, and then migrate to digital,” says Zarghami.

Nick did premiere Wallykazam!, the kidnet’s first preschool series with an embedded literacy curriculum, as a free download on the U.S. iTunes store a week before bowing the program on its Nick Junior block in early February. However, Zarghami says the decision was part of a coordinated marketing campaign, not an overarching business strategy.

For My Nick Junior, Gazollo says there are no current plans to launch digital-first content.

“On special occasions, if we do believe there is an appetite to put more content in one place than another to experiment or drive the audience to digital, then we can do that,” Zarghami says. “We have some great ideas about extended content that could go on the Nick Jr. App that would be exclusive offshoots of the content we have for TV.”

For My Nick Junior, Gazollo says there are no current plans to launch digital-first content.  “If we and our partners reach a place where we both feel it would be beneficial to launch new content there first, we might consider it, but that has not been part of the plan so far,” he says.

As Disney and Nickelodeon continue to evolve multiplatform preschool strategies, 24-hour U.S. preschool net Sprout has been blurring the lines between linear and digital for nine years. It launched as a VOD channel before taking to traditional airwaves.

“Launching on VOD first was a very good indication of us being prepared for where we are today, on every screen wherever kids can access us,” says Andrew Beecham, Sprout  SVP of programming. “Our linear service, which is all about short-form content, is still the key because it is the only place where you get the full Sprout experience from our signature blocks. But VOD is fantastic for kids who need a deeper experience and may want to watch multiple 30-minute episodes.”

As for launching new digital-first preschool original series, Sprout is taking an approach that falls somewhere between the mindsets of Disney and Nickelodeon.

The channel, which is in the midst of transitioning its linear service to an originals-driven slate, is using the digital-first approach to test new short-form appisodes that could potentially be turned into long-form commissions. 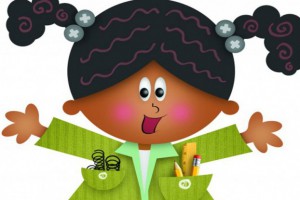 “We believe this is the first time an appisode is being used by a U.S. broadcaster as a low-cost alternative to traditional TV pilot development,” says yummico co-founder Traci Paige Johnson of Blue’s Clues fame. (When asked if Disney would consider creating original appisodes for pilot development, DeVillier says it plans to stick to appisodes based on its iconic brands. “We have no current plans to do this, but we are always looking at innovative new ideas,” she says.)

With Sprout’s first Edison appisode set for an April launch to kick off a period of public and internal evaluation, the channel is also readying its new original series Ruff-Ruff, Tweet & Dave, a preschool game show that encourages viewers to play along on a tablet or smartphone. A reward system for answering questions correctly and for coming back to the program is a key feature, along with the series’ audio watermarking technology. “It’s a great way of extending the video experience,” says Beecham.

Assessing the new landscape, Johnson expects the wave of new streaming platforms and digital products aimed at preschoolers to continue to swell. “The next five years will be telling as the seeds of digital-first and subscription models on tablets grow into bigger trees,” she says. “Anything can happen, which is exciting and nerve wracking, but you have to keep making things with heart that speak to kids and parents, and the best will rise to the top.”