To vlog or not to vlog: Mia Goldwyn joins StyleHaul from Paramount, where she helped re-launch Paramount Digital Entertainment. Could her hire mean fewer fashion talking heads and more traditional TV-style programming for the MCN? 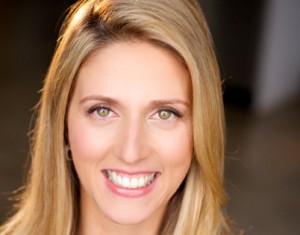 Fashion and beauty multichannel network StyleHaul announced on Tuesday that it has hired Mia Goldwyn as its chief content officer.

Goldwyn comes to StyeHaul following a 13-year stint at Paramount Pictures, where she most recently served as VP of business development, digital and insurge. In that role, she helped re-launch Paramount Digital Entertainment, the studio behind the Emmy-nominated digital series Burning Love (produced by Ben Stiller’s Red Hour Films), and led third party distribution and brand sponsorship deals.

Does Goldwyn’s hire mean a new direction for StyleHaul, with less reliance on vloggers and more traditional TV-style programming?

“Vlogging and UGC [user-generated content] will continue to be an integral part of the StyleHaul strategy, but we also plan to expand our original and premium content,” says Goldwyn, who assumed her post at the company’s Los Angeles headquarters on April 1.

“Reality programming is a natural extension of UGC and a great fit for style and beauty. Ideally, we want to develop a slate of long-form programs, plus shorter ancillary content segments that can be shared and promoted across our network of channels and socially. Our latest original series, The Crew, is a great example of that. [It] has already generated three million-plus views since its launch in January, plus [more than] 27 million impressions on social media through talent posts and ancillary content.”

StyleHaul’s YouTube network has more than 4,000 channels across 61 countries with 138 million network subscribers and more than 53 million monthly unique visitors. The company has raised funding from BDMI, RezVen Partners and RTL Group (the parent company of FremantleMedia).

Goldwyn is the latest in a string of executive hires at StyleHaul.