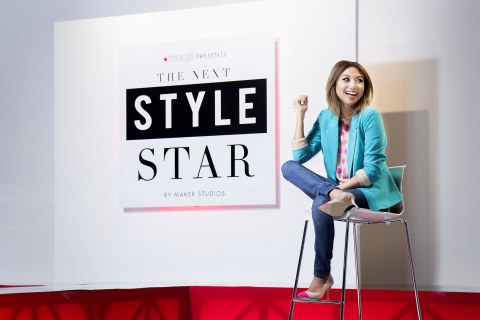 The U.S. retailer is launching a 10-episode series, called The Next Style Star, on Maker's beauty and fashion vertical The Platform in a deal arranged in part by the brand's media agency Carat.

Debuting Thursday, the show will feature 16 up-and-coming stylists battling for a $10,000 cash prize and a chance to serve as a guest stylist on an upcoming Macy’s photo shoot. The winning designer will also have her winning look featured in the Impulse Department at Macy’s Herald Square in New York City.

“We collaborated closely with Maker to secure fashion talent with varying expertise and social media footprint. Our goal was to find authentic influencers with the ability to build brand credibility and engagement [with] our millennial customers,” says Jennifer Kasper, GVP digital media and multicultural marketing at Macy’s.

The show will stream on Maker’s fashion and beauty network, The Platform, and Macys.com/stylestar. It was filmed in L.A. at a local Macy’s store and at Maker Studios offices.

This isn’t the first time Macy’s has partnered with a YouTube network on a campaign. Last fall, they worked with StyleHaul to create custom fashion videos highlighting some of Macy’s brands. The first-time collaboration was a success and so the brand decided to search for more ways to engage its target through content that can be created through and on social media, Kasper tells StreamDaily.

Maker Studios’ The Platform vertical reaches more than 350,00 subscribers on YouTube. The company was recently acquired by Disney.