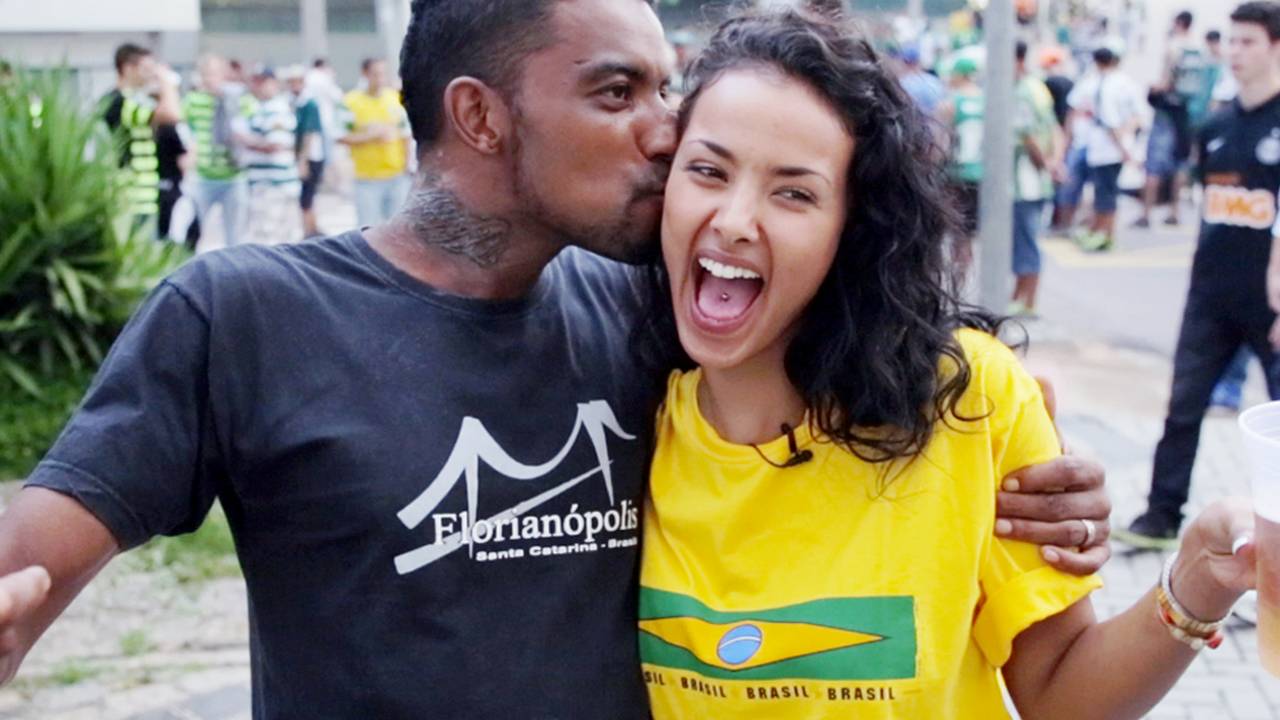 When London-based BigBalls Films launched Copa90, their YouTube channel dedicated to the world of football (soccer for our North American readers), in October 2012, their mandate was to tell stories that happen outside the 90 minutes on the playing field, capturing the excitement of sport by exploring the culture around it. 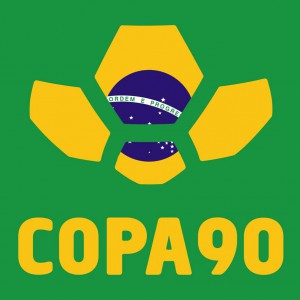 There were two reasons for this. First, BigBalls felt it was an area of sports neglected by traditional TV behemoths like ESPN and Sky Sports in the U.K. But it was also a strategy born out of necessity, because they had no access to that playing field or its players, no rights deals with any leagues or teams.

Whatever the reason, the strategy is paying off. Copa90’s YouTube page had 40 million views in its first year, and it currently has more than 580,000 subscribers.

BigBalls’ latest Copa90 series, Maya’s Fifa World Cup Cities, premiered the first of 12 weekly 10-minute episodes last Thursday. Hosted by Maya Jama (pictured), it takes viewers on an up-close, down and dirty journey through the Brazilian cities that are hosting matches for this year’s World Cup, which kicks off on June 12. The show will be featured at the MIP Digital Fronts: Digital Studio Showcase in Cannes on April 9.

“It gives people an idea of what some of the hidden gems are in each of the cities in terms of restaurants and things to do,” explains BigBalls creative director Richard Welsh. For instance, “if you’re stuck in a traffic jam on the way to Fortaleza, which is more than likely, maybe you should jump out and have a game of football with a bunch of kids on a pitch next to the road.”

It’s a similar tact taken by other Copa90 shows such as EuroFan, which visited cities that hosted Champions League matches. But with Maya’s Fifa World Cup Cities, the channel is giving a handful of viewers a direct look at the game through the show’s sponsor, Hyundai. The South Korean automaker – which is an official Fifa World Cup partner – is sponsoring a show contest that asks fans to stage video re-enactments of their favorite goal celebrations and enter them online for the chance to win one of seven pairs of VIP packages to see Brazil versus Mexico in Fortaleza on June 17.

“We’re already getting a brilliant number of responses because we have such a super-engaged audience,” says Welsh of the contest. “For people who’ve been with Copa90 from when we had 100 subscribers and 50 views, this is almost like we’re growing up in front of them.”

The seed money from the YouTube Original Channel Initiative – ranging from $1 million $5 million per channel – works like a record company advance against future royalties.

BigBalls Films was founded in 2006 by Gav Rowe, Luke Taylor and Chris Kelly. Its name was not originally intended to be a double entendre involving sporting equipment. It was a direct reference to the cojones displayed by the extreme sports athletes on which the company planned to focus.

In extreme sports, “if someone’s going to snowboard down a cliff, you say, ‘That guy’s got big balls,'” Welsh explains. “It’s grown into being a great founding philosophy, because if you look at the way traditional media has struggled to cope with the internet, the people who’ve been successful are the ones who’ve jumped in head-first and just worked it out by doing, instead of sitting around having endless meetings about stuff.”

BigBalls scored a hit out of the gate with the interactive online series KateModern, which racked up 67 million views and earned a BAFTA nomination.

In 2012, YouTube set out to launch a second set of 60 channels, mostly targeting Europe, including a dedicated football channel. Invited to pitch along with 40 or so companies, BigBalls beat out other more well-connected competitors like IMG and Endemol to win the contract, and Copa90 was born. Then the hard work started.

“We needed to make 52 hours of content the first year,” Welsh recalls.

The seed money from the YouTube Original Channel Initiative – ranging from $1 million $5 million per channel – works like a record company advance against future royalties. The content creators must pay it back from their share of their channel’s ad revenue, all the while producing new content.

“You’re given a load of money up front,” Welsh explains. “Then the second year, you get less money than the first year, and the third year, you’re sort of on your own, so it’s brilliantly Darwinian.”

In January, BigBalls launched another channel, Line9, which features stars of action sports (generally referred to as “extreme sports” in the U.S.) such as BMX racer Harry Main, surfer Fergal Smith, skateboarder Madars Apse and snowboarder Ståle Sandbech traversing the globe to uncover rising stars from their respective sports. At the moment, the channel is self-funded, with no money from Google or any brands.

BigBalls also has the YouTube channel The Snap in partnership with Virgin Media, and it plans to launch two more channels later this year, as well as websites, apps and game console platforms for Copa90 and Line9, which at present only exist on YouTube. And it’s doing it all with a lean and hungry staff of 35.

“We’re building a network of YouTube-native film talent who are not only comfortable shooting, directing and editing, but also understand that on YouTube, making a great film is just the start,” Welsh says. “Building the SEO and the meta tags and insuring that people are aware it exists and want to watch it is also massively important.”