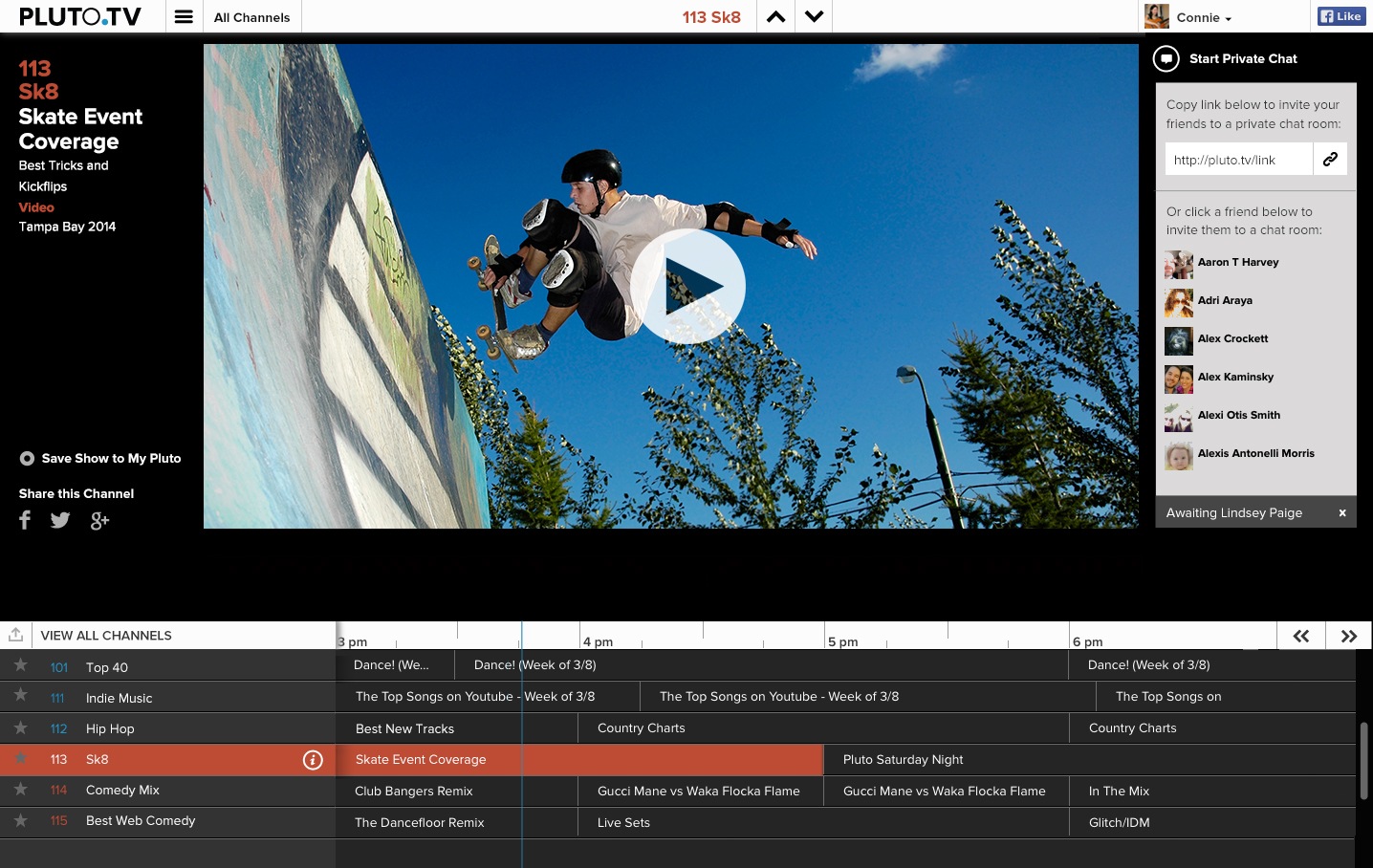 New online video platform Pluto.TV launched on Monday with nearly 100 TV-like channels that viewers can scroll through to watch curated — and scheduled — clips of video.

At launch, web content partners include Funny or Die, QVC, Refinery29, RocketJump, The Young Turks and IconicTV (Jay Z’s Life+Times), as well as yet-to-be-named television programs. Several music channels stream official pop videos sourced from YouTube, but they are curated in the truest sense of the word, meaning this is not a video-on-demand platform.

Pluto.TV is available for free at their website or via an app for iOS and Android tablets and smart phones. It has built-in social features, including live chat that allows users to talk with friends in real time as they watch, as well as the ability to share shows and invite friends to watch.