Most recently EVP of Warner Horizon Television and also previously with Fox, Erwich will begin his new role of senior VP, head of content for the digital content platform on April 7. 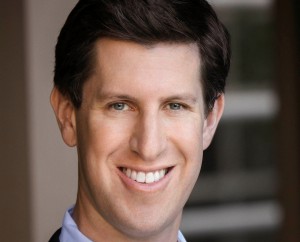 While heading up the alternative and cable division of Warner Bros TV, Erwich oversaw development, production and business operations and ushered in such unscripted smashes as NBC’s The Voice and ABC’s The Bachelorette. Prior to his seven years at Warner Horizon, Erwich was at Fox Broadcasting Company for 12 years, rising to the position of EVP of programming in 2003.

“Craig is ready to hit the ground running and lead us as we increase our overall content offerings, and continue to invest in original first-run TV programming, last night’s TV, and great library TV from the U.S. and other markets,” wrote Hulu CEO Mike Hoskins in a blog post announcing the hire earlier today (March 31).

“He has impressed me and others who’ve met him with his collaborative approach, humility and tenacity to do what he believes,” Hoskins added.

Hulu recently scored its first Emmy nomination for the docuseries Behind the Mask, which is up for the Outstanding New Approach honor in the upcoming Sports Emmy Awards.