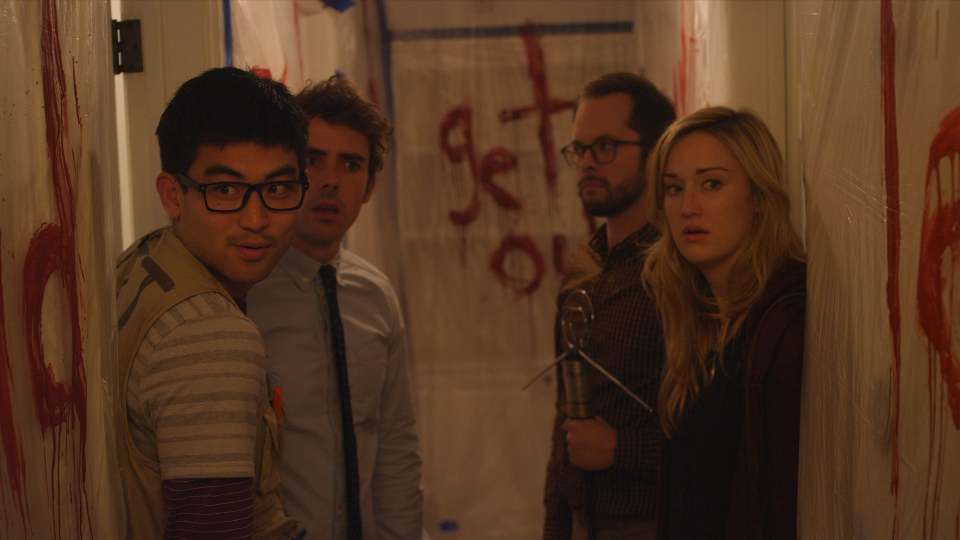 USC film school grad Richard Martin talks about his rapid rise from intern to helmer of new sci fi series Spooked, which debuts April 16 on Hulu, Hulu Plus and YouTube.

Today, the 32-year-old USC film school grad is wrapping up work on his series directorial debut Spooked, produced by Bad Hat Harry and digital entertainment company Geek & Sundry (The Guild, Tabletop), which will debut the first of four 22-minute weekly episodes on free, ad-supported Hulu, Hulu Plus subscription service and YouTube on April 16. That’s not a bad promotion.

The series follows a group of ghost hunters known as the Paranormal Investigation Team (played by Julian Curtis, Derek Mio, Ashley Johnson, Neil Grayston and Shyloh Oostwald) as they traverse the country investigating cases of poltergeists, demonic possessions and other occult mysteries. 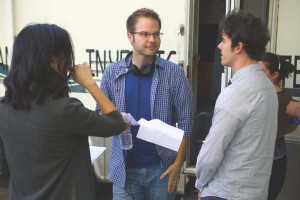 “We spent a lot of time making a show that was multi-layered with a dynamic team of characters that you wanted to root for, fun moments for pop culture fans watching, as well as building in mythology that will unfold throughout the season,” says Martin (pictured left, center), who earned an MFA in film production from USC in 2008. “We think fans will have a lot to discuss.”

Martin talked to StreamDaily about his transition from assistant to helmer, the nuts and bolts of making the digital series and whether the experience lived up to his Hollywood dreams.

Q: How did you first connect with Bryan Singer?

A:  I actually started at Bad Hat Harry as an intern seven years ago when Bryan was making [2008’s] Valkyrie, and currently hold the position of director of development. Bryan and the company always knew I wanted to pursue a career in directing, so when we sold Spooked, they approached me with the idea of directing the series. I can’t imagine another A-list production company approaching an executive and giving them an opportunity to direct a project. It was pretty amazing. Of course, Geek & Sundry was extremely supportive of the idea and created a great environment for a first-time director.

Q: When you were at USC, did you and your classmates have the web on your radar as a potential distribution platform?

A:  Yeah, it was something we definitely kept an eye on. USC was really great about pushing us to operate within a studio setting based on how they structured the classes, yet prepared us to be amiable because it felt like every day there was a new platform, a new “right” way to do something. There were lots of debates over the merits of film vs. digital.

Q: How do you and your peers view it today?

A: There’s a rare creative freedom that you can’t find anywhere else.  Plus you can actually get work in L.A., so that’s cool.  Digital platforms offer storytellers and filmmakers with the opportunity to dive right in.

Q: What was the production schedule and budget on Spooked?

A:  We shot back in November 2013 entirely in Los Angeles, with pre-production and post-production duties carried out here as well. We worked on a feature length script for the entire season and the budget was in the mid-range for a high production [value] digital series.  Principal photography and pick-ups/ADR took a few weeks.  It was a fast-paced shoot, but everyone got along so well. It was the only way we could have pulled off such an ambitious project and we’re really proud of the final product.

Q: Does the fact that Spooked is being distributed online affect the way it’s written, shot or edited?

A:  We’ve always approached Spooked like a television series.  With the exception of getting it done all at once – versus week by week – it’s a very similar process.  I don’t think you need to approach projects differently because it’s going to stream online.  Most viewers watch their shows on Hulu, Netflix, iTunes, etc., nowadays.

Q: On the filmmaker dream-come-true scale, where does making a web series rate between winning an Oscar for Best Picture and making industrial films for a recycling center in Pacoima?

A:  That’s quite a spectrum, ha, ha. Honestly, when I was growing up all I knew were movies and the Oscars. The web was still science fiction. So obviously the current model can’t compete with nostalgia, but I’m extremely blessed to have made this series and it wouldn’t have happened without new digital channels.  So I’ll always be thankful for the digital series.