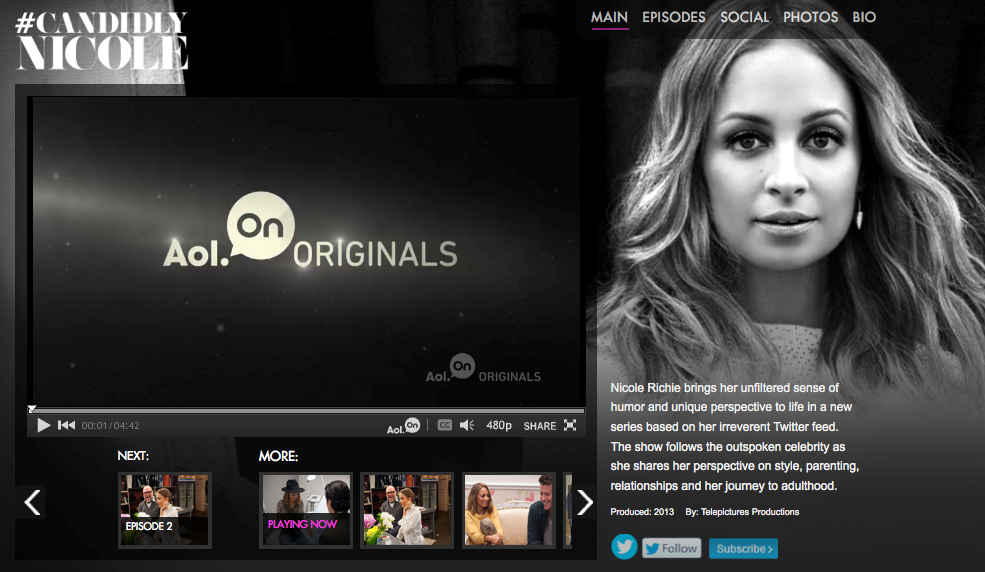 AOL On partners with Endemol Beyond, Little Dot Studios for U.K. launch

Graham Moysey, head of international at AOL, sees a big business opportunity in the U.K. market as advertisers are predicted to increase their video spend by a third this year.

AOL announced today that it has launched its premium video syndication platform AOL On in the U.K. market, adding to an existing video presence in Europe that includes the branded content syndication business Be On and Adap.tv, AOL’s programmatic video trading platform.

U.K. content providers at launch include Endemol Beyond, Channel 4 News, ITN, Scripps Networks International, MyMovies, Zoom.In, Parentchannel.tv and Little Dot Studios. New, original content is expected to be announced later in the year, but the production partners will also provide clips from currently running U.K. shows such as Supernanny and Embarrassing Bodies. International AOL originals that “make sense for a U.K. audience” will also stream in the European market, including series such as Fatherhood, #CandidlyNicole and Restart Project, which are among those available at launch, according to a spokesperson.

AOL On debuted in the U.S. in April 2012, and was made available in Canada last September. Graham Moysey, head of international at AOL (pictured), who moved to London from Canada in January, sees a “significant opportunity” for business in the U.K., he writes in a blog post on Monday announcing the debut.

The AOL On Network is comprised of over 750,000 pieces of premium video covering news, entertainment, style and tech, distributed through a network of publishers including Trinity Mirror, Telegraph Media Group, TalkTalk, Local World, Videojug and TVGuide.co.uk. AOL’s owned and operated destinations, The Huffington Post UK, AOL, Parentdish, MyDaily and TechCrunch are part of the publishing network.

In addition to the online video hub, the AOL On app will be available in the U.K. in the Apple App and Google Play stores in early April.